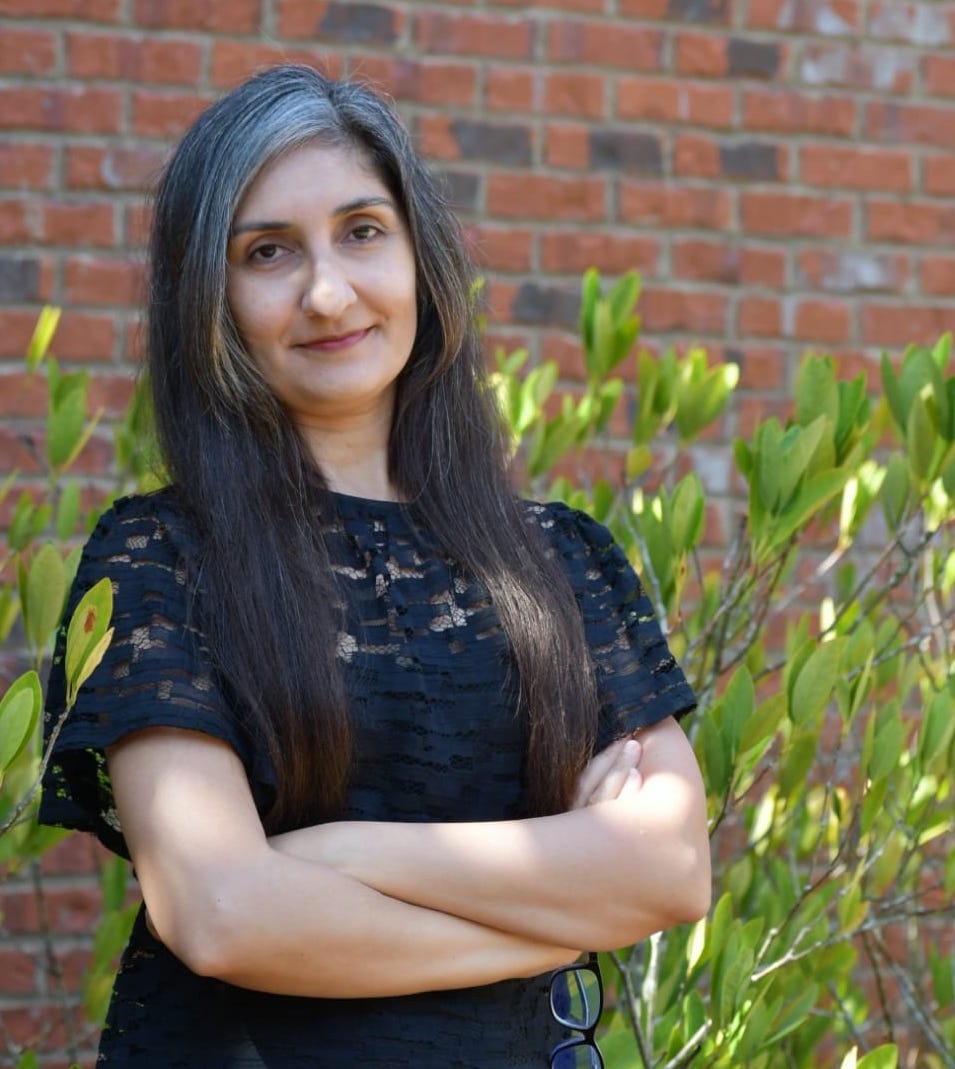 Anjali Enjeti is a former attorney, journalist, and author based near Atlanta. Her critically acclaimed books Southbound: Essays on Identity, Inheritance, and Social Change, and The Parted Earth have been featured in The Wall Street Journal, NPR, the Atlanta Journal-Constitution, Harper's Bazaar, Ms., Garden & Gun, the Star Tribune, the Post and Courier, Chicago Review of Books, Buzzfeed, and elsewhere.

Anjali's other writing has appeared in The Oxford American, Harper’s Bazaar, Poets & Writers, USA Today, the Atlanta Journal-Constitution, Washington Post, and elsewhere. A former board member of the National Book Critics Circle, she has received awards from the South Asian Journalists Association and the American Society of Journalists and Authors, and has attended residencies at The Hambidge Center, Wildacres, and Rockvale Writers' Colony.

She is a graduate of Duke University, Washington University School of Law, and the MFA program at Queens University in Charlotte, and lives with her family near Atlanta.