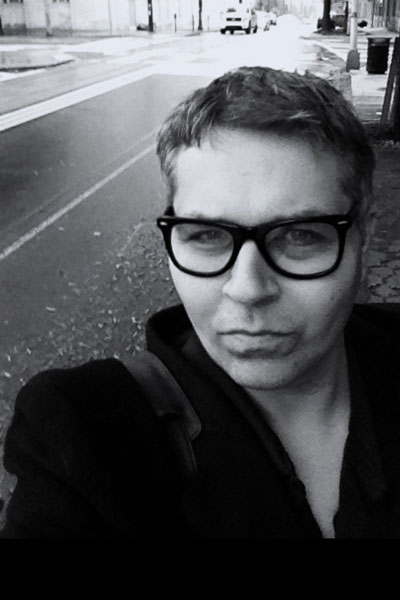 Carey Scott Wilkerson is the author of numerous plays, including Seven Dreams of Falling, Ariadne in Exile, The Revised Diagnosis of the Minotaur’s Head, The Lydian Mode, La Folie d’Apocalypse, and Secret History of an Unseen Thing. Additionally, he is the author of four opera libretti: The Ariadne Songs (with composer Angela Schwickert); The Rescue (a retelling of the Orpheus and Eurydice myth, also with Angela Schwickert); Eddie's Stone Song: Odyssey of the First Pasaquoyan (with composer James Ogburn), and most recently an operatic adaptation of The Heart is a Lonely Hunter (with composer Robert Chumbley). Wilkerson is editor of Stone, River, Sky: An Anthology of Georgia Poems (Negative Capability Press).

He is the author of two poetry chapbooks, and two poetry collections, Threading Stone and most recently Cruel Fever of the Sky. His work for the stage has been produced in Los Angeles at the historic Lillian Theatre, the Stamp Factory, The Eclectic Company Theater, Highways Performance Space, and the Ivar Performance Research Group; in Medford-Ashland, Oregon at the Collaborative Theatre Project; in New York at SUNY's Staller Center for the Arts; in Atlanta at the Null Set Performance Space, the Power Plant Theatre; in Columbus, GA at the River Center for the Performing Arts, the Halawaukee Institute for Experimental Arts; in Buena Vista at Pasaquan; in Frankfurt, Germany by the Junge Oper Rhein-Main, and in Wiesbaden, Germany at the Hessisches Staattheater, He is a Pushcart Prize-nominated poet, recipient of two Lillian E. Smith Writing Fellowships, a Core Faculty member in Reinhardt University's Low-residency MFA Creative Writing Program, and is Assistant Professor of Creative Writing at Columbus State University.