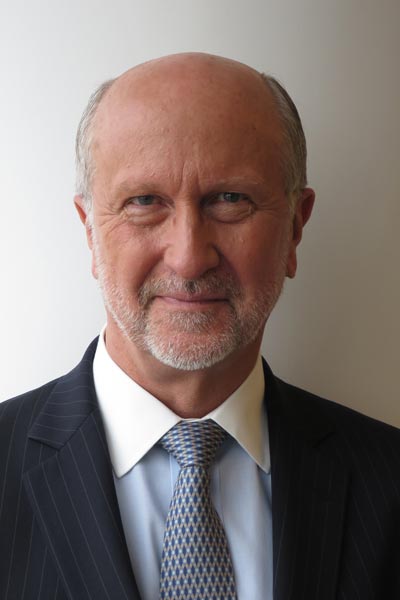 Christopher Dickey is a war correspondent, historian, and thriller writer, an authority on terrorism, and a memoirist. He is the Paris-based foreign editor of The Daily Beast, and is a contributor to NBC/MSNBC News. Chris also has been a frequent commentator on CNN, the BBC, and NPR. He was formerly a bureau chief for Newsweek in Paris and Cairo, and for The Washington Post in Central America and the Middle East.

Chris's most recent work of non-fiction is "Our Man in Charleston: Britain's Secret Agent in the Civil War South," published in 2015. It was a New York Times best-seller, and was published in paperback in July 2016. Pulitzer prize-winning historian James M. McPherson described it as "an engrossing account of diplomatic derring-do," and Kirkus, in a starred review, called it, flatly, "a great book." The many, many editorial reviews and the enthusiastic reports by Amazon readers speak for themselves.

At a time when Americans are searching for a deeper understanding of their history as it affects today's burning questions of race and politics, "Our Man in Charleston" offers startling insights into the grim narrative of slavery, the matter of states' rights, and the foundations of racism in the United States as viewed by an outsider in the heart of the Southern "slavocracy." A compelling true story, deeply researched and thoroughly documented, it tells of one young British diplomat's ultimately successful effort to prevent the Crown from supporting the Confederacy. Had British military might backed the secessionists, especially in the early days of the conflict, that would have been checkmate, game over for the Union. But that did not happen, and this narrative, much of it based on "private and confidential" correspondence never before published, shows why.

Glowing editorial notices have come from several authoritative Civil War historians: Amanda Foreman ("A World on Fire"), Harold Holzer ("Lincoln and the Power of the Press") and Howard Jones ("Blue and Grey Diplomacy") have all praised the book. Great modern writers — Joan Didion, Pat Conroy and Geraldine Brooks, among them — found "Our Man" a compelling narrative. (Didion said, memorably, it is "a perfect book about an imperfect spy.") Well-known ex-CIA operative Robert Baer called it "the best espionage book I've read."

Chris's earlier works include "Securing the City: Inside America's Best Counterterror Force—The NYPD," chosen by The New York Times Book Review as one of the notable books of 2009. His novel "The Sleeper" was acclaimed by the Times as "a first-rate thriller." His "Summer of Deliverance," another "notable book of the year," was described beautifully by Elizabeth Hardwick as "a heartbreaking, eloquent memoir by the son of the heartbreaking, eloquent poet, James Dickey."

"Innocent Blood," Chris's first novel, predicted in 1997 the waves of terror that would come at the United States, and got inside the heads of those who would bring them. "Expats," is a book of essays about traveling among the people of the Middle East—particularly the displaced and misplaced Westerners who lived there in times of war. And Chris's first book, "With The Contras," in 1986, was not only an up-close account of combat in Nicaragua but a first-hand history of Central America at a time of ferocious revolutions and repression.

So, you'll say that what's common about Chris's books is combat, spookery, terror and emotional trauma. And that's partly true. But there is also another deeply felt theme in many of them: that of family as the ultimate source of human drama and also the social force that far too often is misunderstood, or ignored, in our efforts to grasp what's going on in the world around us. For more on this theme see pages 228-229 in the paperback edition of "Summer of Deliverance" or Location 3949 on the Kindle edition.

Chris's columns about counter-terrorism, espionage and the Middle East appear regularly now on TheDailyBeast.com, where they reach some 23 million readers a month. For links to recent columns and articles, visit "The Shadowland Journal" at christopherdickey.blogspot.com. Over the years, he has written for Foreign Affairs, Vanity Fair, The New Yorker, Wired, Rolling Stone, The New York Review of Books, The New York Times Book Review, and The New Republic, among other publications.

What else does Chris do? Apart from spending as much time with his grandchildren as possible, Chris is a passionate amateur photographer. As he moves through the streets of Paris, New York and other cities around the world, he constantly takes pictures to amuse himself. His Instagram and Twitter handles are the same: @csdickey.

Chris is a graduate of the University of Virginia with a master's degree in documentary film making from Boston University. Among his many honors are a doctorate from Hamilton College and journalism awards from the Overseas Press Club, the Inter-American Press Association and Georgetown University. Chris is a member of the Council on Foreign Relations, where he was formerly an Edward R. Murrow Press Fellow, and the Anglo-American Press Association of Paris. He is on the board of the Overseas Press Club of America.