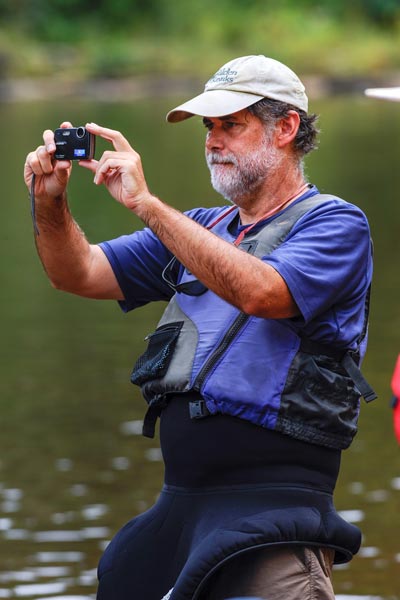 John Lane is Professor of English and environmental studies at Wofford College and director of the college’s Goodall Environmental Studies Center. Lane is the author of a dozen books of poetry and prose including six from the University of Georgia Press. His latest from UGA is Coyote Settles the South. His Abandoned Quarry: New & Selected Poems, includes much of Lane’s published poetry over the past 30 years, plus a selection of new poems. His new new book of poems, Anthropocene Blues, is forthcoming in 2017. Lane’s first novel Fate Moreland’s Widow was published by the late Pat Conroy's Story River Books in early 2015. He has won numerous awards, including the 2001 Phillip D. Reed Memorial Award for Outstanding Writing on the Southern Environment by the Southern Environmental Law Center. In 2011 he won the Glenna Luschei Prairie Schooner Award, and in 2012 Abandoned Quarry won the SIBA (Southeastern Independent Booksellers Alliance) Poetry Book of the Year prize. As an environmentalist Lane was named the 2013 Water Conservationist of the Year by The South Carolina Wildlife Federation and the Clean Water Champion by Upstate Forever. In 2014 he was inducted into the SC Academy of Authors. He, with his wife Betsy Teter, is one of the co-founders of Spartanburg's Hub City Writers Project.