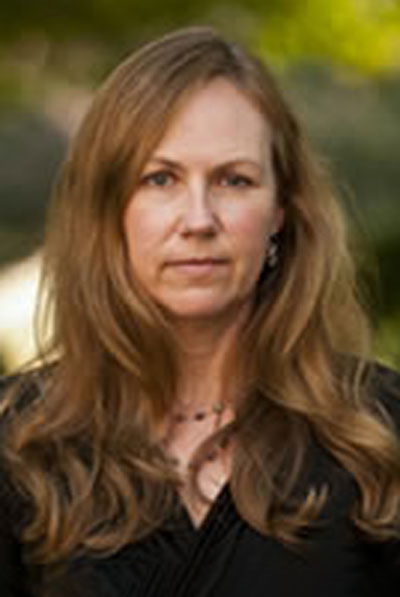 Sandra Meek is the author of four books of poems, Road Scatter (Persea Books, 2012) , Biogeography, winner of the Dorset Prize (Tupelo 2008), Burn (2005), and Nomadic Foundations(2002), as well as a chapbook, The Circumference of Arrival (2001). A fifth book of poems, An Ecology of Elsewhere, is forthcoming from Persea Books May 1, 2016. She is also the editor of an anthology, Deep Travel: Contemporary American Poets Abroad (Ninebark 2007), which was awarded a 2008 Independent Publisher Book Award Gold Medal. Her poems have appeared in The American Poetry Review, Agni, The Kenyon Review, Prairie Schooner, Poetry, Conjunctions, and The Iowa Review, among others. A recipient of a 2011 National Endowment for the Arts Fellowship in Poetry and the 2015 Lucille Medwick Memorial Award from the Poetry Society of America, she has twice been awarded Georgia Author of the Year, in 2006 for Burn, and in 2003 for Nomadic Foundations, which also was awarded the Peace Corps Writers Award in Poetry. Meek served as a Peace Corps volunteer in Manyana, Botswana, 1989-1991, where she taught English at Boswelakgosi Junior Secondary School. She is Co-founding Editor of Ninebark Press, Director of the Georgia Poetry Circuit, Poetry Editor of the Phi Kappa Phi Forum, and Dana Professor of English, Rhetoric, and Writing at Berry College. Born in El Paso, Texas, she grew up in Fort Collins, Colorado. She received her BA in English and MFA in Creative Writing from Colorado State University, and a PhD in English, Creative Writing, from the University of Denver. Since 1996, she has lived in Rome, Georgia.