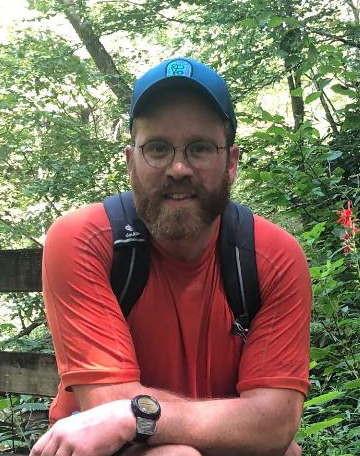 William Rieppe Moore is from Richland County, South Carolina and moved to Unicoi County, Tennessee in 2012 with his wife. He was awarded a B.S. from Columbia International University in 2006. He returned to academic work in 2017 at East Tennessee State University where he earned an M.A. in English. In his time away from school, Moore worked various jobs and began working as a climbing guide assistant at the University of South Carolina. He has taught secondary and post-secondary students, and currently is a Carter County high school teacher. He has presented academic papers in conferences such as Kentucky Philological Association and the Mildred Haun Conference. He is a member of the Poetry Society of Tennessee-Northeast and Johnson City Poets Collective. His poetry was a finalist in the “One Poem” contest by Jasper Magazine and has appeared in The Mockingbird, Mildred Haun Review, James Dickey Review, Ligeia, Still: The Journal, Chronicles: A Magazine of American Culture, Touchstone Literary Magazine, and American Diversity Report. His work is forthcoming in Voices as well as Terrain.org.