Reinhardt taught Timothy Parham how to be a leader and pursue his passion for music, giving him the experience he needed to help others. 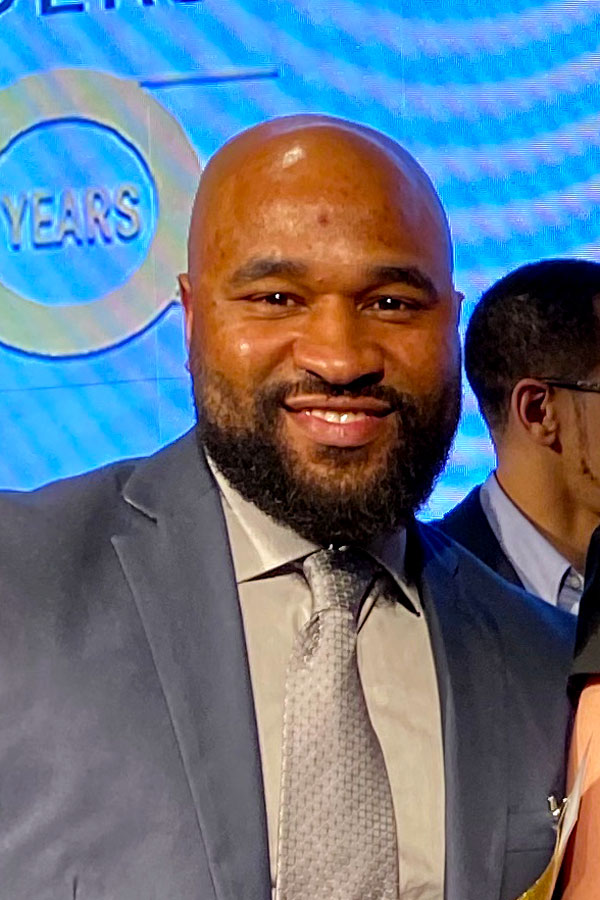 Parham graduated in 2011 with a bachelor's degree in Music Education. When he attended Reinhardt University, he served as a resident assistant and gave tours as a student ambassador.

"I learned quickly that I enjoyed building relationships and giving one of the first experiences to prospective students at Reinhardt," said Parham.

To finish his Reinhardt career, he was given the opportunity to sing at Reinhardt's 125th Anniversary and lead the alma mater at the 2011 commencement ceremony. These achievements were the product of the experience he gained from his mentors throughout his time as an Eagle.

"Dr. Tamara Harper was the reason I went to Reinhardt. I was auditioning to different schools for music, and I needed a vocal coach. She took me under her wing and introduced me to opera. Because of her, I was able to tour Europe with the Atlanta Opera. Other professors that impacted me were Dr. Gregory and Dr. McIntire. They always had their doors open. I would have one-on-ones and ask questions with them about life and music."

Parham's love for helping others led him to work with YELLS, Inc. for seven years. YELLS is a non-profit youth development organization based in the Franklin Gate Community in Marietta, Ga. He was the first employee to join the Afterschool Program that started in 2011. YELLS hosts three different programs: mentoring, Community Action Café, and the Afterschool Program.

"I have had the opportunity to work in all three. They are free programs that combine mentorship, character development, academic achievement, community involvement and service-learning."

As the Teen Program Manager of YELLS, Parham was responsible for the social, occupational and academic development of 40 high school students in an afterschool setting. He worked with staff and volunteers to create a relevant career readiness program for youth entering the 21st century job force. He facilitated workshops and recruited community partners to share their expertise.

"I garnered support to reinforce our model by engaging parents and families at YELLS events, meetings and when volunteering. Ultimately, my goal was to make a fluid connection between home, school and the community. I transitioned from that organization to start my own non-profit organization, the MAP Foundation, and pursue my true passion for music."

The McAplar, or MAP, Foundation is a non-profit organization that seeks to equip young men ages 12-22 with a support system to achieve its goals and become self-sufficient adults. One of the MAP programs also incorporates music education.

"I have always had a heart for helping people. I watched my parents for years give to so many people. Although seemingly destined to work with youth, I could have never imagined the immeasurable rewards of working with youth under my own organization. I started The MAP Foundation because I know how it feels to want to achieve a goal but need guidance and genuine support."

Parham is making a difference in the world by deeply caring about the youth in his community.

"The biggest awards I received were watching youth that I worked with graduate with their GED or High School Diploma. I never have really shot for recognition; I would rather be the person cheering others on as they achieve their goals. "

"I would tell the students to get involved. Have one-on-ones with the professors that are in the field that you are trying to pursue. Go to the events that your resident's advisor plan because they put time into it. Do what you are passionate about with no regrets. Cherish your friendships; they may grow to become like brothers and sisters."