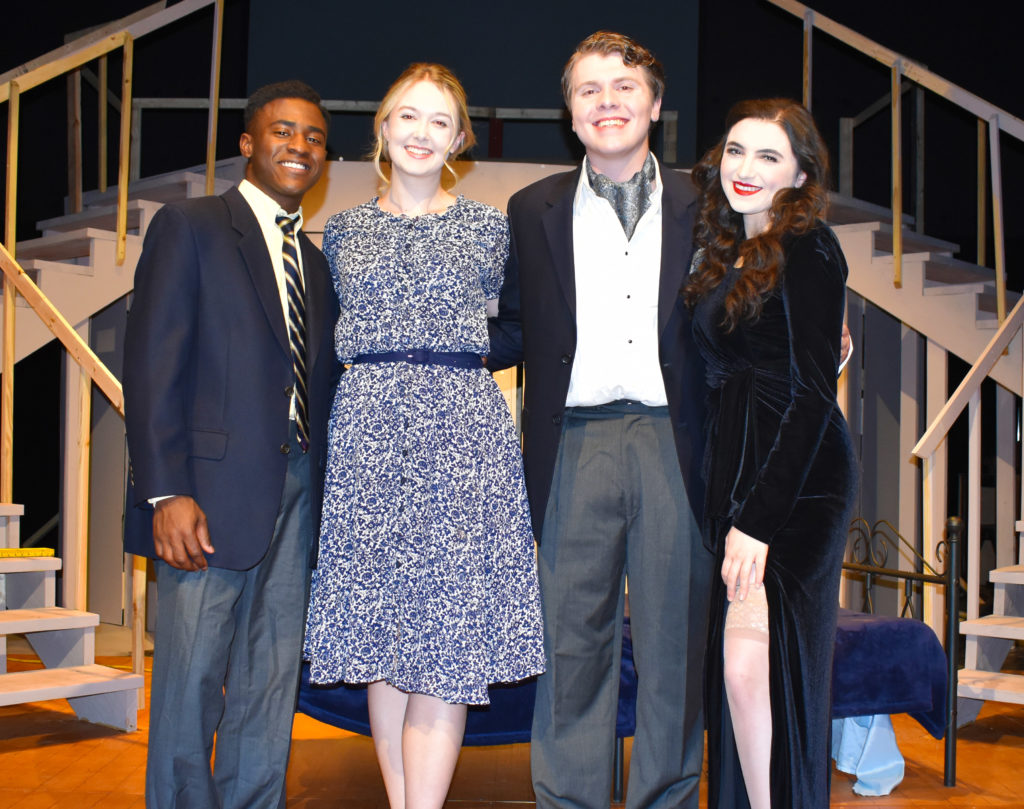 The original Broadway performance of “Anything Goes” dates back to 1934, making the style of this musical a little different from what most modern audiences are familiar with. “This piece demands acting and singing styles from the bygone era of musical comedies and musical dramas that were structured and performed differently from the mid twentieth century musicals we've grown to know and love over the past 75 or so years,” said Harleson. “Those stylings have been a constant consideration in our rehearsal process.”

In addition to great singing and acting, “Anything Goes” gives the musical theater department a chance to showcase a variety of dance styles. “We have the honor to work with a fabulous dance instructor and choreographer, Jamie McCord Trial. Our Bachelor of Fine Arts Musical Theatre majors train with Jamie to develop proficiency in several styles of dance. ‘Anything Goes’ is a great opportunity to showcase those developing talents as it is traditionally laden with everything from tap to soft-shoe to musical theatre jazz dance,” explained Harleson. 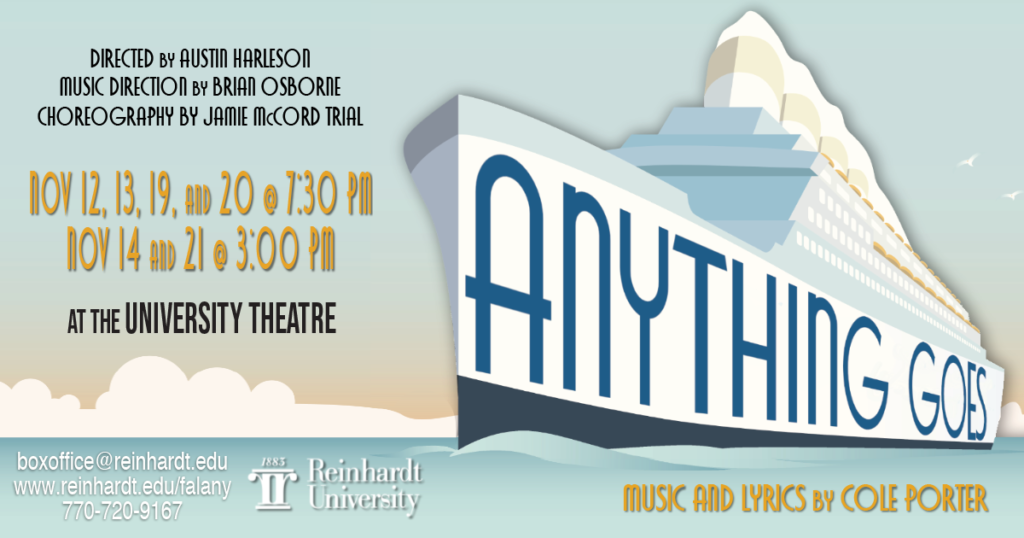 “Audiences should expect a song and dance-filled spectacle with plenty of nautical humor and over-the-top performances from our wonderful students. You don't want to miss this production at the University Theatre!”