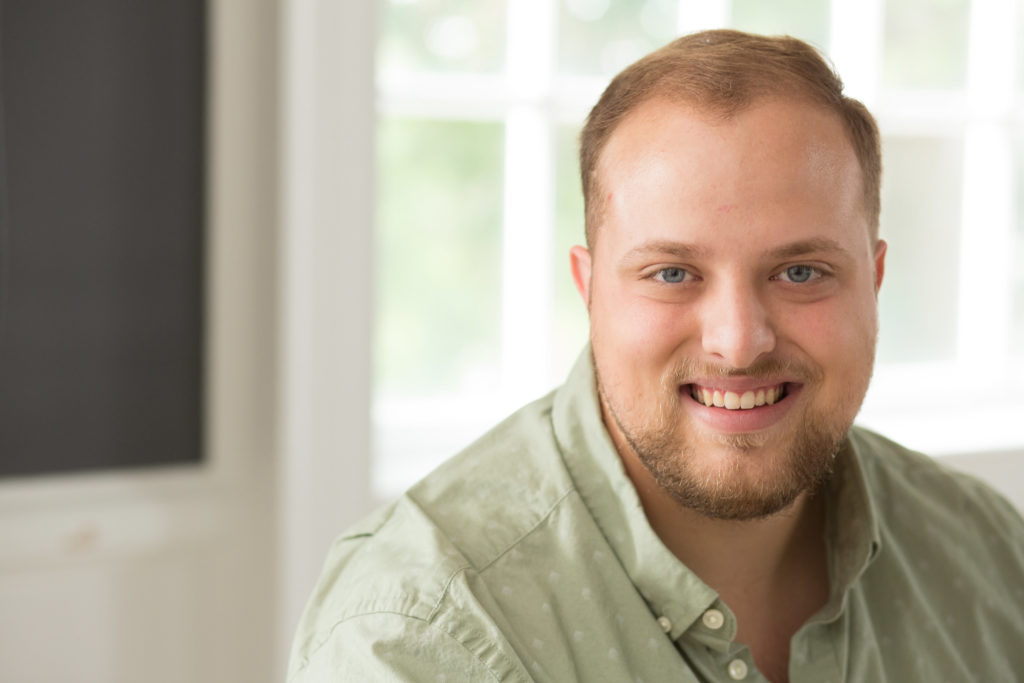 The off-Broadway musical “Here There Be Dragons” premiered at The Players Theatre in New York City over the summer – and its director was Reinhardt’s own Austin Harleson, adjunct instructor of theatre.

Harleson met “Here There Be Dragons” book writer and lyricist, Chase O’Neill, in the summer of 2018 while working at the American Shakespeare Center in Virginia. “We stayed in contact,” says Harleson, “and in January 2020, Chase sent me the script asking for feedback.” The following year, O’Neill and Theo Teris, the composer, travelled to Kansas to workshop the musical with students Harleson was teaching at Tabor College. “They spent a week with students editing, rewriting, and re-envisioning.”

O’Neill and Teris revised their workshop notes and submitted the musical to a residency competition at The Players Theatre. They won the competition, which meant the show would be produced. They immediately called on Harleson to be the director.

When Harleson received the call, he had just started teaching at Reinhardt. “Luckily Reinhardt appreciates faculty with practical experience and the value of professional development, as such experiences also present real-world opportunities for student engagement."

The spring 2022 production schedule for “Here There Be Dragons” meant limiting face-to-face time with students and the cast of “Violet,” the department’s spring production, so he could travel to New York. “I had plenty of time to plan for my absence. David Nisbet, associate professor of theatre, and I were able to coordinate the transition of responsibilities for ‘Violet’ and the students knew about our plan. They were thrilled about the opportunity and very understanding about schedule changes.”

Harleson left Georgia for New York in the middle of April, just one week before ‘Violet’ opened. “I continued teaching classes online. My days were devoted to Reinhardt – communicating with students, assignments, preparing for finals, and Zoom rehearsals. My nights were focused on the show."

“Here There Be Dragons” opened on June 16 and ran for one month. Harleson expresses sincere thanks to Morgan Brooks, technical and operations manager of the Reinhardt theatre, noting that she came to the show’s rescue for the set. “Because of the lumber shortage, we were unable to get the lumber needed for the set in New York. Morgan acquired the lumber and built the sets here in Georgia, and I drove them to New York.”

Since returning to Georgia and starting the fall semester, Harleson’s students continue to learn from his work. “The development process – taking the show from page to stage – was exciting and rewarding. Students have questions about the process, seek advice for working with new plays, and are curious about working in New York City. It’s been really fun sharing the details with them. My experience proves to be an effective teaching and learning tool!”

To top it off, Harleson says the production received a licensing offer. “Hopefully there will be more productions of ‘Here There Be Dragons’ around the world.” And hopefully, one of those productions will come to the Reinhardt stage!