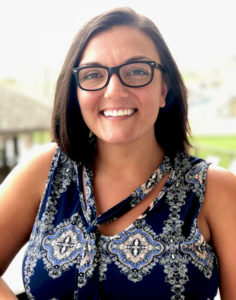 Caitlan Sumner ’11 is making Reinhardt University proud as she has just completed her first year of her Ph.D. at the University of Alabama studying 20th Century American Literature.

Her research focuses on Marianne Moore’s work, and she is also taking courses in the department of gender and race studies in pursuit of a women’s studies certificate.

“The relationships I developed with my professors, the staff at Reinhardt, and most importantly, my fellow students, allowed me to learn the importance of networking,” said Sumner.

Sumner will be presenting research focusing on Boston marriage as a site of women’s activism in Henry James’s “The Bostonians” at the South Atlantic Modern Language Association in November. Upon graduation, she plans on teaching college-level American Literature.