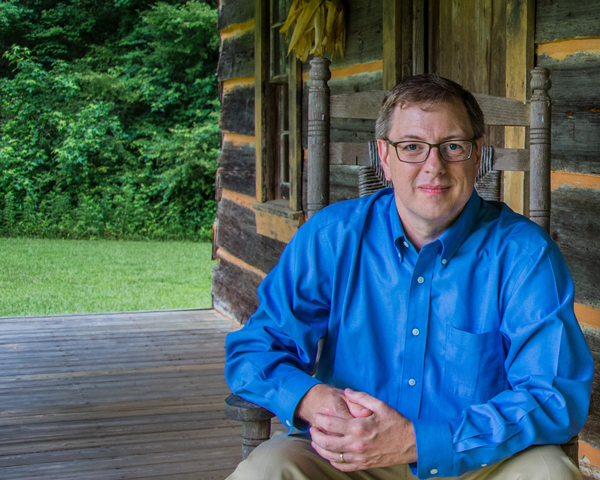 Dr. Kenneth Wheeler, professor of history, has been extra busy – writing! He published “Modern Cronies: Southern Industrialism from Gold Rush to Convict Labor, 1829-1894” in May, and he contributed a chapter to “The Sower and the Seer: Perspectives on the Intellectual History of the American Midwest.”

“The Sower and the Seer” is a collection of 22 essays. These essays focus on individual thinkers, writers, and leaders, movements and ideas that shaped the Midwest. “I have collaborated before with Jon Lauck, a scholar of the Midwest who was a co-editor of ‘The Sower and the Seer.’  He encouraged me to pitch a chapter to be included, and I proposed a chapter on changes in midwestern identity as a result of mass consumer culture,” says Wheeler. “In graduate school I had studied both the Midwest and the consumer culture in American history. I had some ideas I had never fully pursued, and it seemed like an opportune time to revisit those ideas, read some newer scholarship on the topic, and share my thoughts.”

Wheeler’s wide-ranging chapter, “How the Midwest encountered the mass consumer culture,” explores the impact of new technologies, especially the automobile, on midwestern life in the 1920s. Mass production made the automobile more affordable, and as a result changed the way people worked and how they spent their leisure time. “For better or for worse,” Wheeler says, “the automobile revolution altered basic aspects of the American life.” Wheeler discusses both the positive and negative impacts of this consumer culture from loss of work satisfaction to the creative ways in which people incorporated new technologies into their lives.

Wheeler says inspiration for part of the chapter goes back to his high school years when a friend introduced him to the novel “Raintree County.” “It is a reminder that our intellectual development and our understandings of the world are works in progress; we sometimes assemble knowledge and insights over decades, fitting the pieces together after a long period of reading and thinking.”