Joe Gransden and His Big Band 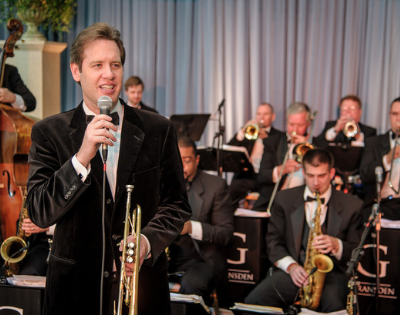 At 42 Years old, Joe Gransden has already performed worldwide and released 14 CDs under his own name. Renowned first for the hard bop approach of his trumpet, Joe Gransden’s singing voice has been compared to that of Chet Baker and Frank Sinatra. The Joe Gransden 16 Piece Big Band is quickly becoming one of the busiest groups on the jazz scene. Originally formed in 2009, Joe and the guys have continued to build momentum and are performing numerous shows around the country. A rising star in the jazz world, Joe and his Big Band are not one to miss.