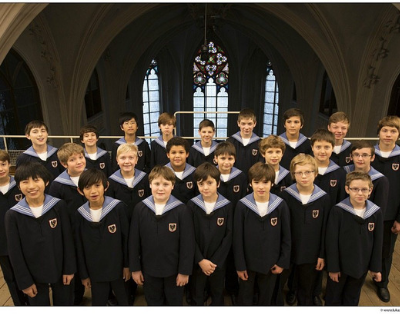 Audiences and critics worldwide have praised the talented singers of the Vienna Boys Choir for their  celestial voices, rapturous harmonies, pure tone, irresistible charm, and, above all, a wide-ranging repertoire  spanning centuries.  With a rich history dating back more than 500 years, the Vienna Boys Choir has been associated with many of the world’s great composers, including Mozart and Bruckner; Franz Schubert himself was a chorister.

Today, there are 100 choristers from 31 nations between the ages of ten and fourteen, divided into four touring choirs. Between them, the four choirs give around 300 concerts and performances each year in front of almost half a million people in virtually all European countries and in Asia, Australia, and the Americas.