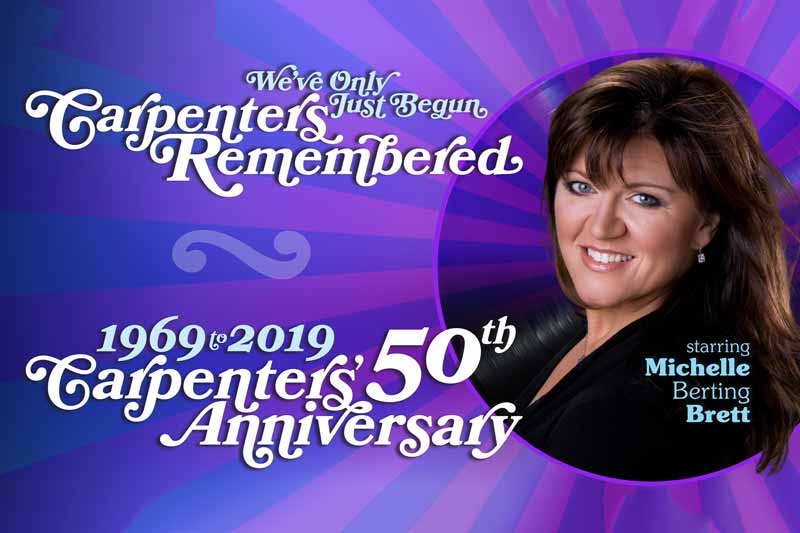 “We’ve Only Just Begun: Carpenters Remembered” is the definitive concert show celebrating the music of one of the most successful recording acts of all time. Starring Michelle Berting Brett who is accompanied by a live, four-piece Nashville band, the show re-creates the Carpenters’ original sound.

The Carpenters sold over a 100 million records in just over a decade and still hold the record for most consecutive top-10 singles. The dynamic combination of Karen’s voice and Richard’s compositions and arrangements created GRAMMY®-winning magic and won them a worldwide legion of loyal fans.

From Washington State to New York City to sold-out engagements in Las Vegas and Downey, California, the Carpenters’ hometown, “We’ve Only Just Begun: Carpenters Remembered” has been met with enthusiasm from Carpenters’ fans and reviewers alike!

Experience an intimate behind-the-scenes portrait of the pop music phenomenon that defined an era, and sing along with hits that include “Close to You,” “Yesterday Once More,” “Rainy Days & Mondays” and many more!