Dr. David Moore brought his passion for Physics and Astronomy to Reinhardt University in 2004 and has been inspiring students to look up at the stars ever since. 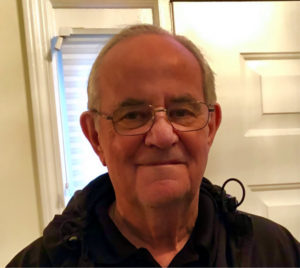 Moore was in the United States Marine Corps from 1959-1962 and was honorably discharged with the rank of Corporal (E-4). He married his high school sweetheart upon graduating from boot camp. His love for his wife runs deep and he is known to frequently talk highly of his beloved in class as he refers to her as “his best girl.”

When asked what his favorite part of teaching Astronomy is, Moore stated, “We live in the golden age of Astronomy with new discoveries from ground- and space-based telescopes reported almost daily. It is my pleasure to share with students my fascination with the subject and hopefully kindle, or rekindle, that in-born sense of wonder we all share.”

In order to best inform his students, Moore attends a plethora of programs on astronomy and physics content so that he may share up-to-date and relevant information to his students.

When Moore isn’t teaching Astronomy or Physics, he is busy being a martial artist as he regularly trains in Aikido, and has his Shodan, or his first degree black belt. He and his wife have also enjoyed sailing for over 20 years.