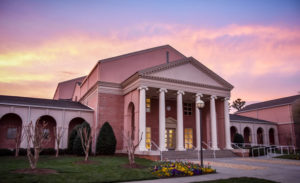 The Falany Performing Arts Center is excited to announce its 16th season packed with entertainment perfect for the family or a special date night out.

The 16th season of the Falany Performing Arts Center will bring tribute and jazz bands, cirque shows and classical music. Featured performances include the world renowned group, Chanticleer. Chanticleer is known around the world for the blend of 12 men’s voices.  Also featured in the season is the stage play, “Tuesdays with Morrie,” based off the bestselling novel of the same title. The play stars Jamie Farr, known for his portrayal of “Klinger” on the hit show “M*A*S*H*.”  Other exciting shows include The Celtic Tenors, The Atlanta Symphony Orchestra, The Black Market Trust and The Athens Guitar Duo.

For a full list of the season, ticket information, dates and times, visit Reinhardt.edu/FPAC. Tickets can be purchased online or by calling the box office at (770) 720-9167.