The Funk Heritage Center Book Club meets on the second Tuesday of each month at 2 p.m.Come enjoy the companionship and camaraderie! No Admission Fee for Book Club Meetings 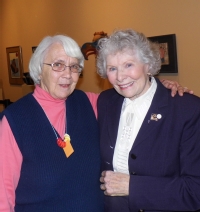 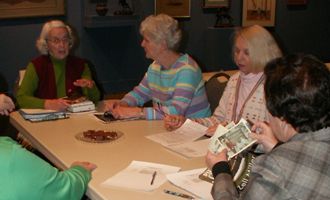 November 13, 2018 Killers of the Flower Moon: The Osage Murders and the Birth of the FBI by David Grann

July 10, 2018 A confederacy by Dunces by John Kennedy Toole

May 8, 2018 Running on Ted Dog Road and Perils of an Appalachian Childhood by Drema Hall Berkheimer

April 10, 2018 Glory Over Everything by Kathleen Grissom

May 9, 2017 - A Low Country Heart: Reflections on a Writing Life by Pat Conroy

November 8, 2016 Hillbilly Elegy: A memoir of a Family and Culture In Crisis by J.D. Vance

October 11, 2016  Isaac's Storm: A Man, a Time, and the Deadliest Hurricane in History by Erik Larson

July 12, The Greater Journey: Americans in Paris by David McCullough

June 14, 2016 The Secret Wisdom of the Earth by Christopher Scotton

May 10, 2016 The Secret Wisdom of the Earth, by Christopher Scotton

January 13, 2015, The Cotton Patch Evidence: The Story of Clarence Jorden and Koinonia Experiment by Dallas Lee

Aug 12,2014, Down Among the Crackers by Rosa Pendleton Chiles

May 13, 2014, That Used to be Us: How America Fell Behind in the World it Invented and How We Can Come Back by Thomas L. Friedman &  Michael Mandelbaum

March 11, 2014, The Girls of Atomic City: The Untold Story of the Women Who Helped Win World War II by Denise Kiernan

August 13, 2013, Outcasts United: An American Town, a Refugee Team and One Woman's Quest to Make a Difference by Warren St. John

March 12, 2013, Lamb in His Bosom by Caroline Pafford Miller

February 12, 2012, The Glory Days of WCHK by Marguerite Cline - Author will attend the meeting.

October 9, 2012,  Heartmender: A Story of Second Chances by Andy Andrews

August 14, 2012,  Breaking the Heartland: The Civil War in Georgia By John D. Fowler and David B. Parker

July 10, 2012,  Dr. Mary's Monkey: How an Unsolved Murder of a Doctor, A Secret Laboratory in New Orleans and Cancer-Causing Monkey Virus are Linked to Lee Harvey...Assassination and Emerging Global Epidemics by Edward T. Haslam and Jim Marrs

June 12, 2012,  The Accidental Slave Owner: Revisiting a Myth of Race and Finding an American Family by Mark Auslander

May 8, 2012,  Killing Lincoln: The Shocking Assassination that Changed America Forever by Bill O'Rilly

November 8, 2011 - The Homecoming of Samuel Lake: A Novel By Jenny Wingfield

September 13, 2011 - The Immortal Life of Henrietta Lacks by Rebecca Skloot

November 9, 2010 - An Altar in the World: A Geography of Faith by Barbara Brown Taylor