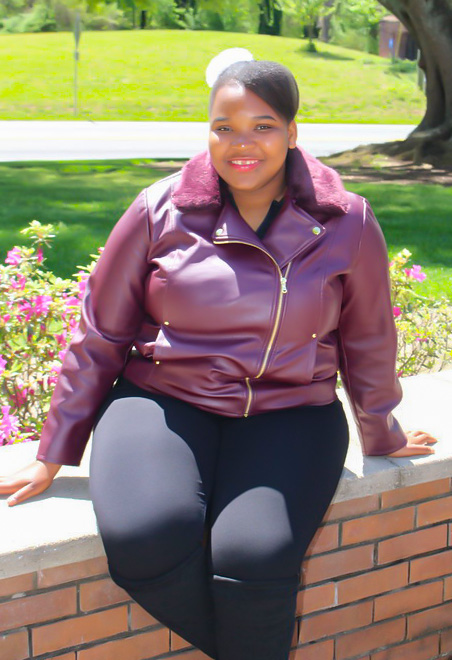 Freshman Vuyelwa Vanessa Jele came from far-away Harare, Zimbabwe to the United States in the pursuit of her education. She plans to become an anesthesiologist, and thanks to a scholarship from the Georgia Rotary Student Program (GRSP), Jele was able to take her first University steps at Reinhardt.

The GRSP is organized by the Rotary Clubs in Georgia. According to the GRSP website, “Rotarians in Georgia have promoted world peace through understanding by offering scholarships to international students for one year of study in Georgia colleges and universities.” This scholarship pays for tuition, books, and living expenses (room and board). GRSP describes this as an “ambassadorial scholarship program, not an exchange.” The GRSP also provides scholarship students with a host family and opportunities throughout the year to see other areas of Georgia and meet students on the same scholarship.

Clubs near the college or university that the student attends serve as host clubs. Jele was hosted by five area Rotary clubs – Canton, Cherokee, Town Lake, Woodstock, and Jasper. “GRSP students are required to carry out certain duties,” says Jele, and those include making presentations to the host clubs. “The first presentation, when you arrive, informs your host club about where you come from. The second presentation is at the end of your two semesters to share your experiences and all the new things you have come across.”

Jele’s host family was Shane and Debra Moore of Canton and their three children. Jele says she became so close to her host family that she refers to them as her father and mother and the children as her brothers and sister. “It was good being with my host family. You get so attached to these people; they just become a part of you.” With the Moores, Jele experienced her first American Christmas, including a Dirty Santa gift exchange. “I thought the American Christmas would be similar to the Zimbabwean Christmas, but it’s actually quite different.” She describes the Moores as good Christians and says that through them and the Life Bible Church, her spiritual life has grown during her time here.

Jele says there are number of things that stand out during her time at Reinhardt. The most noticeable difference is between American English and British English, which is used in Zimbabwe. Examples Jele recounts are the uses and names of some punctuation marks. The American system uses double quotation marks whereas the British system uses single quotation marks. Americans end sentences with a period, whereas British English says full stop. “I’ve learned to compartmentalize the American language and the British language. It has been a bit of a struggle, but I had good teachers. They were patient with me from the get-go because I told them about the transition from the British English to American. They really helped me transition, and I am incredibly grateful for them. The teachers I’ve dealt with are very patient. If you just do your part, they are more than willing to meet you halfway.”

The difference in language caused confusion in the other areas, too. “I don’t like biscuits and gravy. What Americans call a cookie is what we call a biscuit, so I thought you must put a cookie in the gravy and eat it. We use different terminology to describe the same thing, and sometimes it can be confusing.” Jele learned much from her experience at Reinhardt. She was laser-sharp with a focus on her education, with clear goals and objectives. No doubt Reinhardt learned a thing or two from Jele, too!