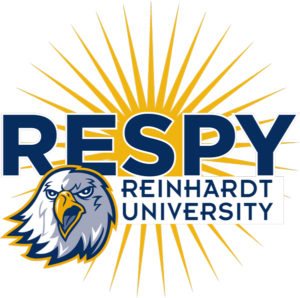 The stars of Reinhardt University Athletics will shine at the 2017 Reinhardt Excellence in Sports Performance Yearly (RESPY) Awards banquet this September.

The Inaugural RESPY Awards honor the best of the best of Reinhardt University’s student-athletes and coaches. The awards highlight their hard work in the classroom and in game play.

“This is such an excellent opportunity to bring RU Athletics and the community together to celebrate the athletic year,” said Athletic Director Bill Popp. “But more importantly, it gives us a chance to publicly recognize the achievements on and off the field and the hard work of our athletes and coaches.”

The event will coincide with the second annual Hall of Fame induction ceremony Sept. 15 at 6 p.m. Doors open at 5:30 p.m. All of the events are a part of Fall Family Weekend Sept. 15-16.

“We began these award ceremonies to recognize those members of our athletic family who do their best day after day to succeed,” Popp said. “We are proud of our student-athletes’ academic success in addition to their athletic play accomplishment.”

In addition, Reinhardt University had 120 academic all-conference members in the Appalachian Athletic Conference and the Mid-South Conference. Fifty-seven athletes were named NAIA Scholar-Athletes.

On the field, the men’s lacrosse team became the first national championship team in University history, while also earning a 3.02 GPA.

Reinhardt welcomes the surrounding community to join in this celebration of accomplishments.

To reserve a seat at this night to remember, honoring RU student-athletes for their hard work, visit Reinhardt.edu/RESPY. RSVP by Sept. 4.