The Inauguration of President Mark A. Roberts 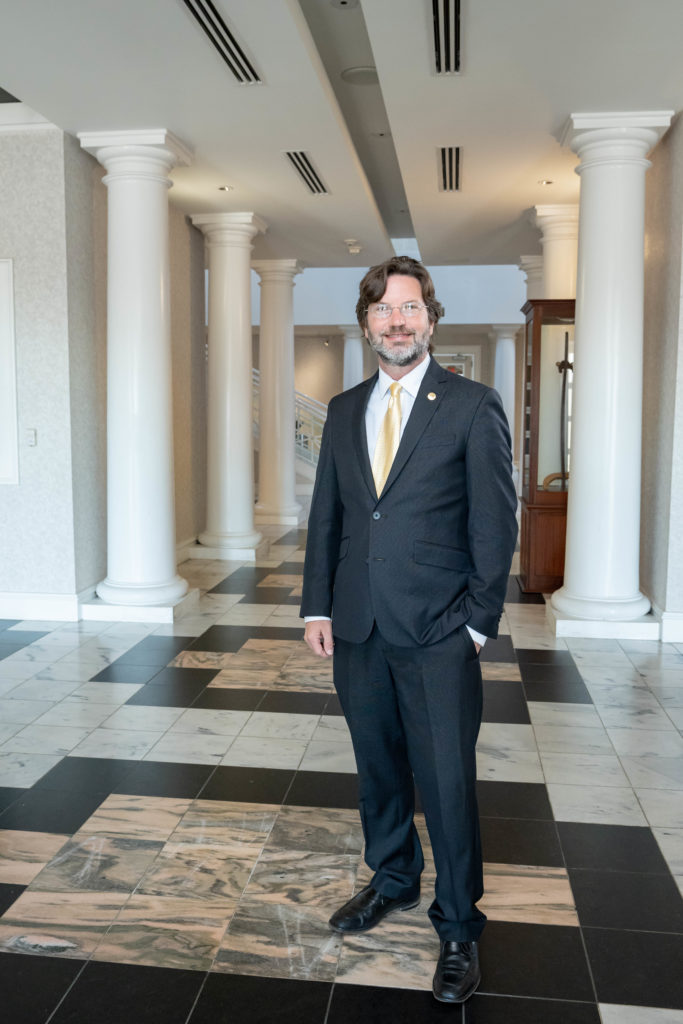 More and more in our fast-paced lives, carving out time to reflect on our current situation – as an individual, as a community, as a country – is rare. Perhaps a momentous event takes place every so often, reminding us: We’re living through history.

Reinhardt’s administrators, faculty, staff, students, alumni, donors and friends are optimistic about the university’s path forward. Undoubtedly, a hope-filled future starts with intentional leadership. For this reason, in the 21st year of the 21st century, Reinhardt’s Board of Trustees officially named Mark A. Roberts, Ph.D., the university’s 21st president.

After a leadership transition in early 2020, Roberts was called upon to serve as interim president at the dawn of the pandemic. He continued with diligence until his official appointment in April 2021. To mitigate the risk of COVID-19 on campus, Roberts  established a collaborative environment with Reinhardt’s key faculty, administrators and staff to guide the university forward with persistence and in unity.

In many ways, this tumultuous time has been the perfect scenario for Roberts to step into his new role. He understands the importance of seeing the obstacles before us, finding the path ahead and rising to meet it. Most of all, he instills in our community the courage to step out into the unknown. In short, Roberts embodies what it means to “Be. Rise. Soar.” because he knows that learning requires change.

“We thrive in a changing world by having faith in the things we cannot see but hope for,” said Roberts. “Like the captain of a ship, we have to keep our eye on the North Star, a standard reference point by which we navigate. For Reinhardt, our North Star is our mission to educate the whole person and our vision to create an educational experience to help students thrive.”

"We thrive in a changing world by having faith in the things we cannot see but hope for."

Where do we go from here? 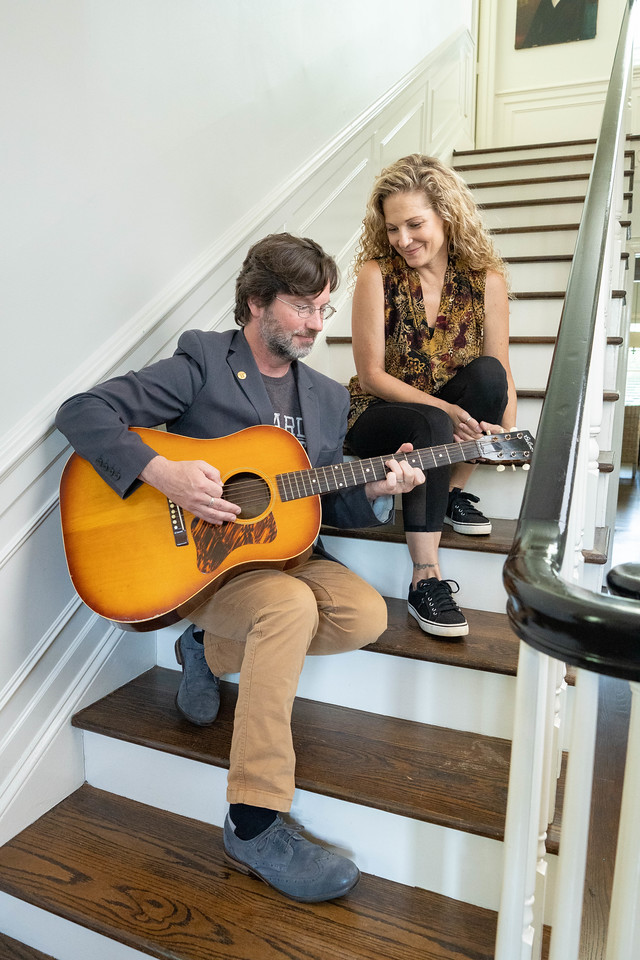 Kelley & Mark share a passion for poetry, writing and music.

Roberts was born and raised on his family’s farm in Maryville, Tennessee, a small town in Blount County. A creative at heart, Roberts has been a poet, writer and musician since childhood. In the early 1990s, he lived in Nashville, writing, recording and performing music with the regionally successful band Idaho Beach House. Throughout this time, he continued to write and publish poetry.

As a student, Roberts earned bachelor’s and master’s degrees in English Literature from Middle Tennessee State University. Soon after, he began his more than 25 year career in higher education with a position to teach English on the U.S.S. Doyle deployed to the Persian Gulf. Upon returning from this semester at sea, he taught at Tennessee State University, an HBCU, then Virginia Intermont College. During his time at Virginia Intermont, Roberts earned his Ph.D. in Interdisciplinary Studies in the Humanities from Union Institute and University in Cincinnati, Ohio, an independent institution founded on the Oxford model of one-on-one tutorial education.

The next chapter of Roberts’ journey started when he arrived at Reinhardt University in 2013, where he made an immediate impact on campus and in the surrounding community. He and his wife Kelley, a part-time math and computer science professor and the new first lady, now live in Waleska with the first dog, Wilson. Together, they have four adult children – Taylor, Raynah ’21, Zoe ’19, and Jayden – along with one granddaughter, Nara. Throughout his accomplished higher education tenure, Roberts has served in positions ranging from Writing Center Director, to Professor, Academic Dean, Provost, Executive Vice President and now, President.

Along with Reinhardt’s other leaders, Roberts helped to navigate the uncharted waters of the pandemic, all the while preserving an environment where the entire university could continue to overcome obstacles, grow and thrive. The Reinhardt Family rises to meet any challenge. And, Roberts is a perfectly suited leader to fully support and strategically enhance our identity as a resilient, unified university community.

Onward, in the Real Work 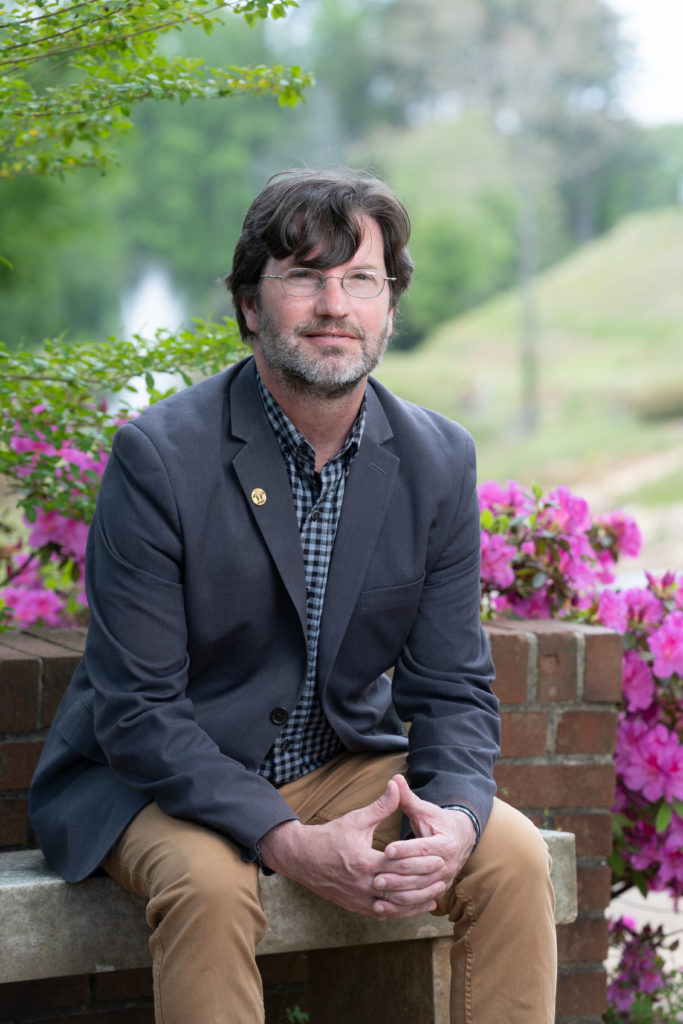 Simply put, we press onward. Onward in the real work, as Roberts says. But, what is “the real work”?

“Reinhardt’s future is to grow more deeply into its identity as a premier private faith-based university that provides a higher educational experience grounded in academic excellence and leadership programming that leads to the personal transformation of its students. We are a diverse learning community, representing all manner of ages, backgrounds, ethnicities, races and opinions. If we are to serve our mission ‘to educate the whole person,’ we must exercise intellectual humility and cognitive flexibility in order to achieve something greater together,” he said.

Roberts is ready to guide Reinhardt forward, uniting our community and daily striving to fulfill the university’s mission.

“Onward in the Real Work” is a phrase Roberts sometimes uses as a salutation. He borrows this phrase from two poets: the Christian, farmer poet Wendell Berry and the Zen poet Gary Snyder. For Snyder, this means doing first the work that takes place inside the human heart. We do this work not only for the present moment, but for the millions of years that came before and that will come after. For Berry, the phrase means  the work that begins when “we no longer know what to do.” In other words, when we are a bit baffled, we know we are in the throes of learning something new and thus that learning will be nothing less than transformative. Roberts defines it this way: The real work is “work performed in service of higher learning, work performed in service to improve the lives of individuals and communities, work performed to fulfill a noble mission – that’s the Real Work.”

This is the mystery and the beauty of the future. We can never know exactly what it brings, but we soar ahead in hope and unity.

"If we can't imagine a better future, we will never have it." 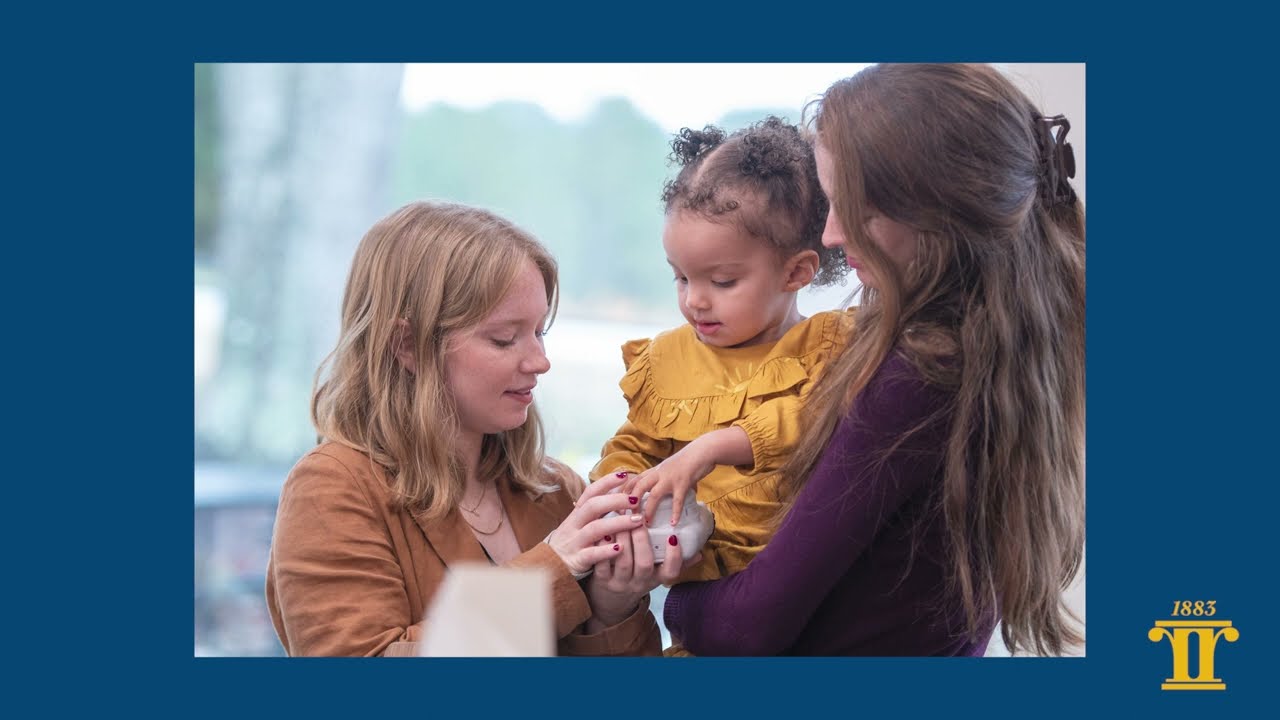 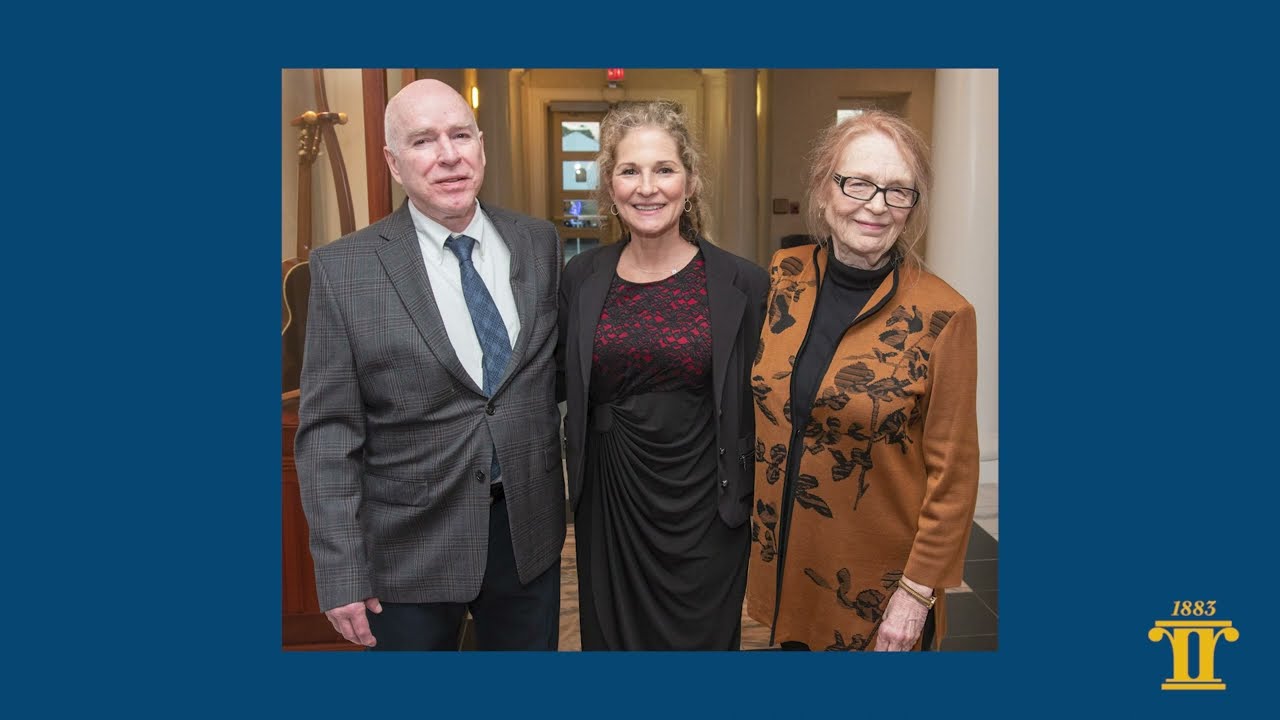 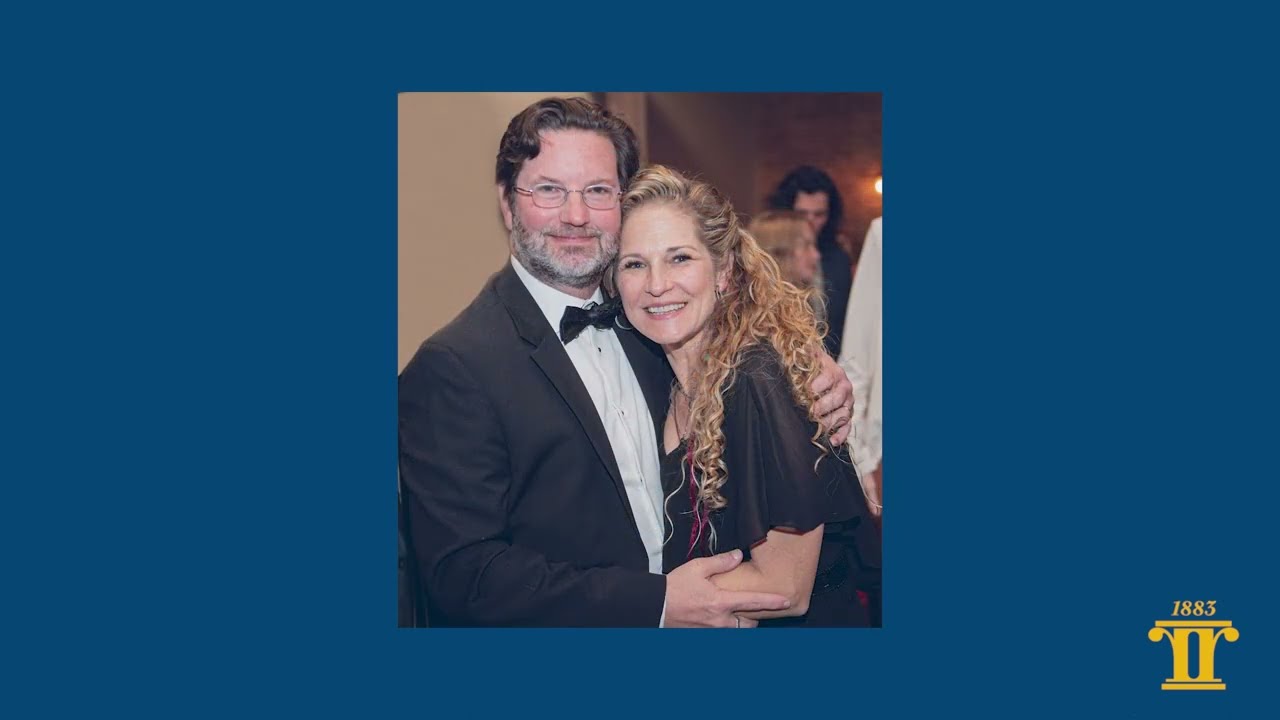