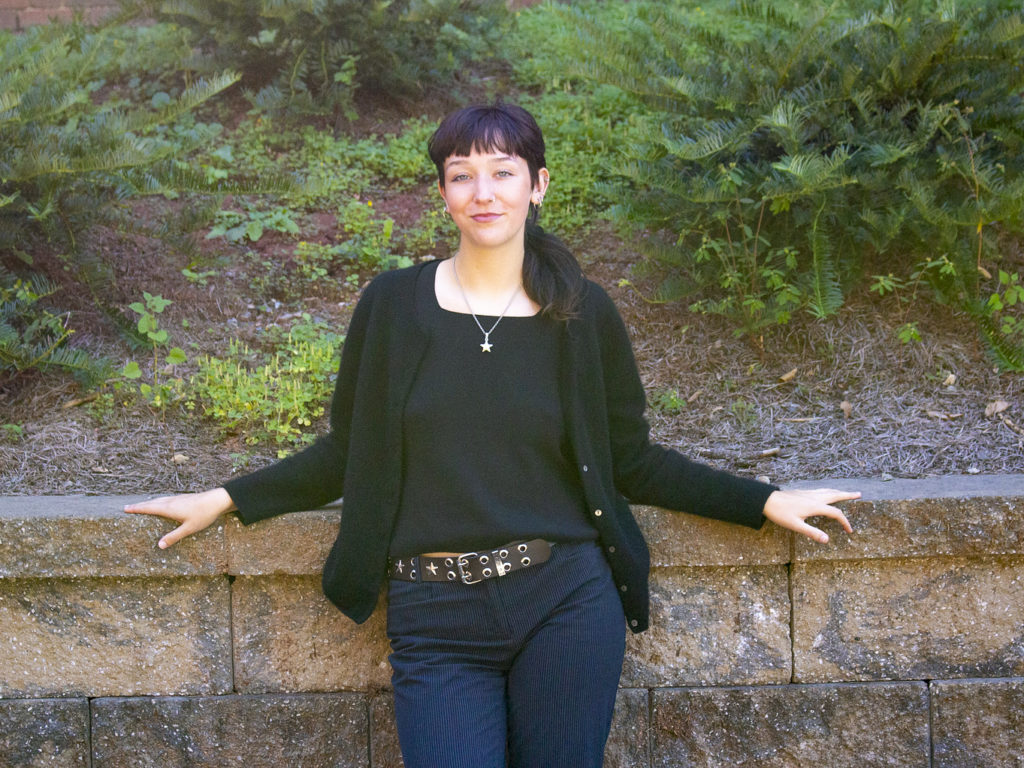 “I think the flute is the most interesting instrument,” says senior Jessica McCormack. “It’s very beautiful and can create a mysterious sound but it is also very sweet and soft. It allows for a lot of character in your playing.”

While at a high school honor band clinic, McCormack first learned of Reinhardt. “The previous Reinhardt band director was the clinician there,” she says. The idea that her clinician was the actual band director at the University was exciting to McCormack and prompted her to look closely at Reinhardt.

McCormack says she has enjoyed her time at Reinhardt and learned much in her first year. “It was a lot of work. I had to practice more than I ever imagined, but the payoff was incredible. In just a few months I was already seeing a change in the way I played.” And since that first year, McCormack has continued to flourish.

McCormack attributes her growth as a flutist to Kelly Bryant, Reinhardt’s flute artist affiliate. “She’s one of the most of impressive flute players I’ve ever met,” says McCormack. Bryant is McCormack’s private lesson instructor, which is a component of the program for all musical performance majors. “Private lessons were the biggest change for me because I never had private lessons before. Ms. Bryant has worked very closely with me, breaking everything down in detail and getting me to where I am today as a performer. I’m very grateful for her.”

In addition to private lessons, McCormack says Bryant seeks other ways to help her students grow as performers. “She tries to find opportunities where we can perform in the community for other people. For example, later this month, we’re going to a local hospital to perform.” Bryant also pushes her students to participate in competitions. “Participating in competitions is not about winning,” says McCormack. “It’s about the work that goes into preparation. For me, that is a really big achievement.”

Following graduation, McCormack wants to teach private flute lessons. To gain experience, she returned to her high school in Bartow County as a band tech with the marching band. “Working with the high school marching band has been an extremely helpful for me,” she says. “I’m actually working with kids and teaching them, which I haven’t done before.”

Wherever the road may lead McCormack, her future will follow the sweet, melodic sounds of the flute.