The Falany Performing Arts Center will celebrate the life and music of Johnny Cash as James Garner and his band recreate the “Man in Black’s” biggest hits on Feb. 29 at 3 p.m. and 7:30 p.m. 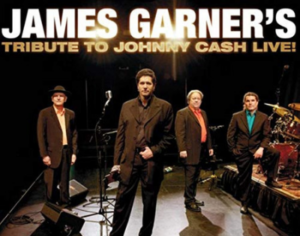 Garner and his band, The Tennessee Three, have performed more than 500 professional shows including a special concert at Folsom State Prison to commemorate the 40th anniversary of Johnny Cash’s live album recorded behind prison walls.

“James Garner has been a fan of Johnny Cash since he was a boy, and it shows,” said Jessica Akers, director of the Falany Performing Arts Center. “This tribute show ‘walks the line’ of great entertainment.”

The performance features the legendary artist’s biggest hits such as “Folsom Prison Blues,” “I Walk the Line” and “Ring of Fire” and incorporates historical accounts and personal anecdotes about the famous singing storyteller.