"Here on Exile Mountain, I've built
a nest in a hole in a cloud"
excerpt from Han-Shan Fashions a Myth 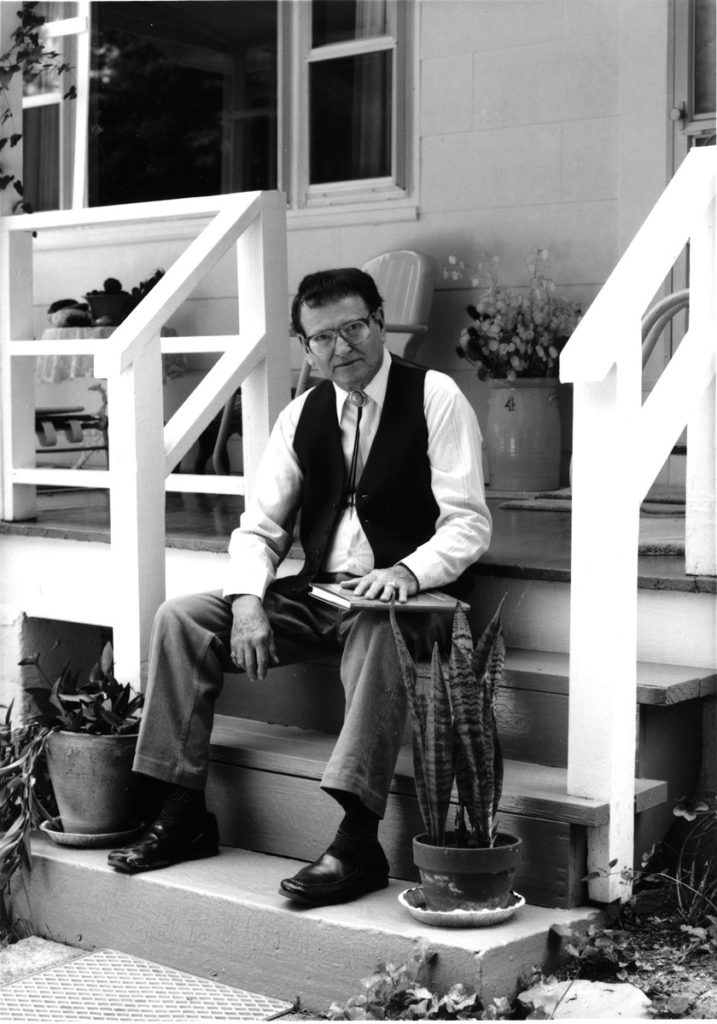 Scarbrough’s poems appeared in over 65 journals, including The Sewanee Review, Harper’s, The Atlantic, The Southern Review, The Virginia Quarterly, and The New Republic. In the 1990s, Poetry published over twenty of his Han Shan poems, written from the persona of the Chinese poet. Many of these poems were collected posthumously in Under the Lemon Tree.

In the Han Shan poems that he published at the end of his life, Scarbrough came out publicly as a gay poet, an identity he had long felt the need to hide.

The son of a sharecropper, Scarbrough grew up in abject poverty. He was born in 1915 in Patty, a small community in Polk County, and was the third of seven children. While most of his family had little education, Scarbrough studied as an undergraduate at the University of Tennessee at Knoxville and at the University of the South at Sewanee, where he received a scholarship to help edit The Sewanee Review. Some of his first poems appeared in that journal. He eventually completed his BA in English at Lincoln Memorial University and an MA in English at the University of Tennessee at Knoxville. He attended the Iowa Writers Workshop, and he taught at colleges such as Hiwassee College and Chattanooga College.

Scarbrough lived for most of his life in East Tennessee, never more than 70 miles from his beloved Chilhowee and Starr Mountains except for a brief teaching stint in Illinois. Among many honors, the governor of Tennessee declared a George Scarbrough Day in June 1978.

A major theme in Scarbrough’s work was the Cherokee heritage of his father, Oscar Scarbrough. The title of Scarbrough’s first book, Tellico Blue, alludes to Tellico Plains, the Cherokee mothertown on the other side of Chilhowee Mountain. Polk County was populated by the Overhill Cherokee who were rounded up at nearby Fort Cass and sent on the Trail of Tears in 1838. The Clear Springs community from which the Scarbroughs hailed seems to have been a haven for a pocket of mixed-blood Cherokee who escaped removal.

Scarbrough’s work celebrates the Appalachian landscape: the mountains, forests, creeks and rivers of East Tennessee. Far from pastoral, however, it explores the ugliness of the sharecropping life – moving from shack to shack, the failed crops, the dead mules, the brutality of an angry father. Scarbrough was an exile in the place he loved the most and never left. His voracious mind and eye found consolation in words and beauty in the midst of poverty, hardship and rejection.

On June 24, 2022, Reinhardt University officially opened the George Scarbrough Center for Southern and Appalachian Literature and held a day-long Symposium to celebrate Scarbrough’s life and work. The ribbon-cutting for the opening was done by Susan Lauver, Scarbrough’s niece, with the help of Scarbrough executors Rebecca Mobbs and Margaret Rogers.