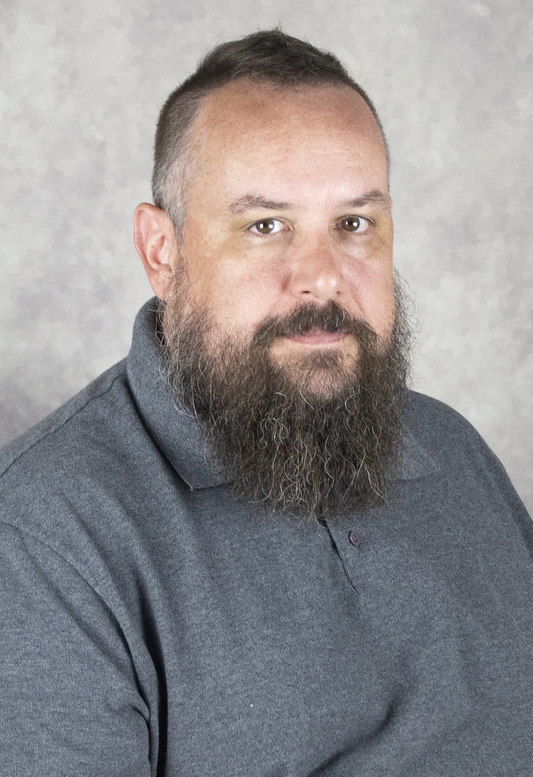 Bob DeHart is the Production Manager for the Falany Performing Arts Center (FPAC) – actually, until recently, he was “the whole tech department for the FPAC,” says DeHart. “The job encompasses lighting, set-up, sound, recording, video, managing the outdoor stage, and hiring technical assistance - and anything that anyone needs in the School of Performing Arts!”

DeHart arrived at Reinhardt in November 2021 from the touring world of concerts, performers and businesses, managing their audio as he travelled across the country. He also taught guitar in Rome for over 20 years. “In my field, you have to be creative and open to change to make it all work.” DeHart even worked as a contractor for Reinhardt’s Blue Grass Festival – where he stumbled across his current role.

“It’s nice working at the Falany because it is a full-time consistent position, different from the life of a touring audio manager. After so many years on the road, being in one place is an adjustment, but the team makes it easy. This is enjoyable work with fun people who appreciate each other.”

DeHart says many people are surprised to hear that his life’s work is also his hobby. “This career was accidental, and I’m fortunate to have had such diverse experiences. I’ve held positions in bookkeeping, construction and small businesses, but audio is my passion. I eat, sleep, and breath audio, and when I have time, I freelance – audio!”

If he didn’t work in audio, DeHart would be a counselor. “Over the many years of being surrounded by crowds of people, I’ve found that I provide as much, if not more, psychological support as I do technology, especially for performers. It’s all about making them feel comfortable, and if they are comfortable and confident we all enjoy success!”

So, what does someone who eats, sleeps, and breathes audio do in his spare time? He makes his own beer, wine, and cider (probably while listening to music)!