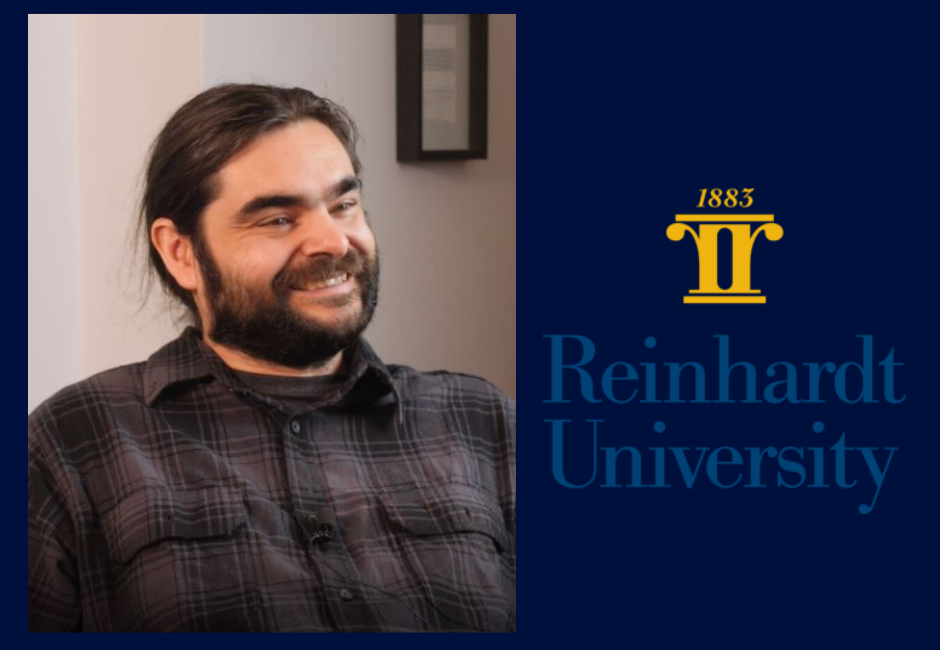 Jamie Thomas ’11 demonstrates the versatility of an art degree. As a library assistant in Reinhardt University’s Hill Freeman Library and Spruill Learning Center, Thomas works on a variety of projects. “I’ve done a little bit of everything here,” he says, from checking out books to helping students with computers. Little did he know his background in art would prove especially useful!

Thomas says he has always had a special love for libraries. “As a small kid, the library was the place to be, filled with books where I could read comics all day.” As Thomas got older, the library served as a serene retreat to escape daily stressors and to feed his creative mind. “It gave me somewhere to just ‘be’ and explore my hobbies and interests, surrounded by resources.”

Following his graduation from Reinhardt, Thomas found within his own University the sense of belonging and community he was searching for in his next step. He quickly realized that “everyone here brings something different, and we are allowed to be ourselves.”

Thomas’s art background naturally led him to assume different roles in the library. He is the point of reference for information on the library’s graphic novels, manga collection, and anything that is “visually centric.” He cataloged the library’s art collection, tracking the art on the library’s walls and in storage. Thomas also discovered an interest in the Reinhardt archives with its mix of maps, photographs, documents, and Reinhardt memorabilia. He now actively collaborates with other library staff to organize, preserve, and share his findings.

Thomas continues to feed his creativity through puppetry, cartooning, and writing, noting he appreciates bringing his art to Reinhardt – an inspirational environment where he can master his crafts during breaks. He also participates in art shows, and wrote and published a book called “Free Range Doodles!"