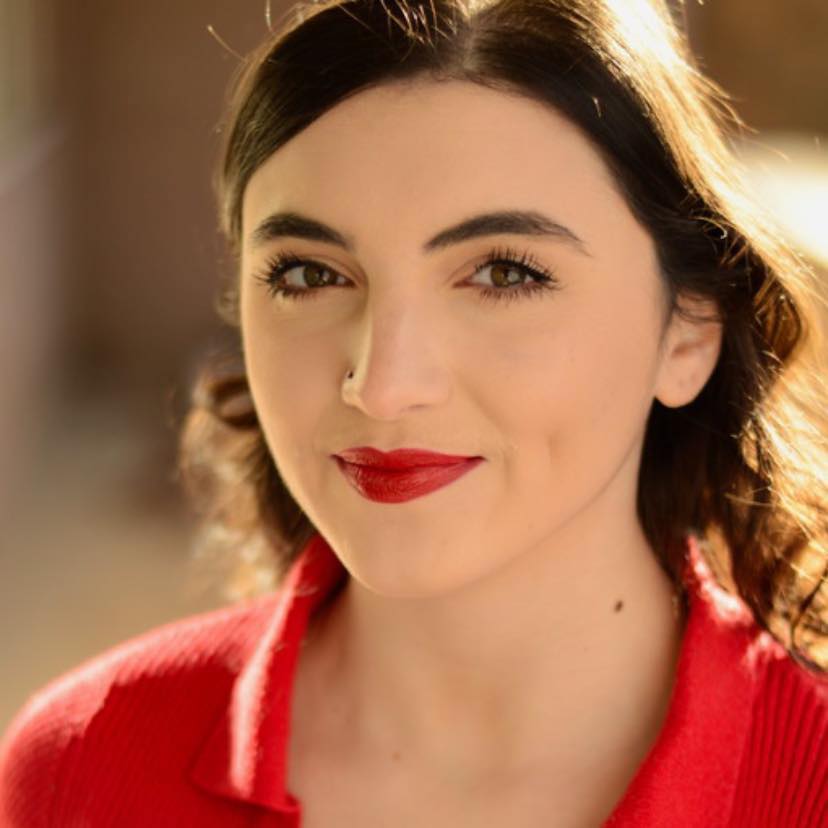 Isabella Scarcella grew up emulating her two older sisters. If one sister watched a movie, Isabella had to watch it next. If another sister wore a particular outfit, Isabella insisted on recreating and wearing something similar. So, when both sisters began taking dance classes, Isabella begged and pleaded for her mom to enroll her too.

During one of the dance classes, the instructor noticed Isabella’s undeniable stage presence. She pulled Isabella and her mom to the side and urged for Isabella to be enrolled in local theater classes. “Once my mom enrolled me, I fell in love! It was something that I finally had for myself, outside of my sisters,” said Isabella.

As she got older and continued to hone her skills, she realized that she wanted to pursue a degree in Musical Theatre. She began auditioning at a handful of universities during her senior year of high school. However, only one of those universities made her feel seen. “Reinhardt made me feel wanted. They made me feel as though I could have a home away from home.” And now as a Junior Musical Theatre major at Reinhardt University, her sentiments remain the same. “I’ve never gotten to do theater this much! It’s so nice to have the resources that we have. We’ve even gotten to connect with the Communication Department so that we could use their studio to film things, and their students are partnering with us for our final that we’re doing. That proves that the dynamic goes beyond the School of Performing Arts (SoPa). Everyone at Reinhardt gets to know each other regardless of their major or background. We really are a family.”

Thus far, Isabella has gotten to perform on the Regional and National level and has placed first in her categories thanks to the skills she’s learned at Reinhardt. As a SoPa student, not only has she developed her acting abilities, but she’s also refined her dancing and singing abilities on a professional level – making her the triple threat she never imagined she could become. “You are going to become the most unique performer you can be here. You’re not just going to be another copycat. You’re really going to find what makes you, YOU. And they’re going to praise you for that! These professors truly care about me and what I have to offer as a performer.”