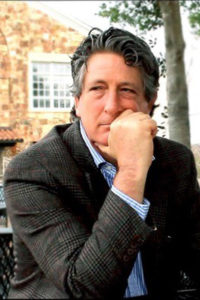 When writing his first published book, Bill Walsh’s mother convinced him to request an interview with the prolific southern author, Pat Conroy. Walsh took his mother’s advice and, much to his surprise, was granted an interview.

Now, Walsh will moderate and speak on a panel at the 2018 Milton Literary Festival honoring the late writer whose 11 books catapulted him to the top of the literary world before and following his death in 2016.

“As I began to see my book reach its completion, my mother suggested I interview Pat Conroy. I had thought about interviewing Conroy many times but was intimidated by his literary stature,” Walsh said in his contribution to the book, “Our Prince of Scribes: Writers Remember Pat Conroy.”

Walsh will speak on the “Our Prince of Scribes” panel on Saturday, Nov. 8 at the Milton City Hall Complex, along with Jonathan Haupt, Anthony Grooms and Teresa Weaver. The writers will discuss Conroy’s legacy as a writer and mentor, and how his nonprofit, Pat Conroy Literary Center, is continuing his legacy.

This is not Walsh’s first appearance at the Milton Literary Festival, as he read his original poetry at the 2016 event.

Walsh directs Reinhardt’s University’s Master of Fine Arts in Creative Writing. The program, now in its third year, is a “low-residency” program, meaning that students study together during two summer residency periods on Reinhardt’s Waleska, Ga. campus, and work independently the rest of the year. For additional information about Reinhardt’s MFA in creative writing, see Reinhardt.edu/MFA.