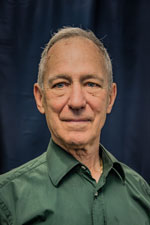 Dr. Austin Flint, of Canton, is now part of Reinhardt University’s Board of Trustees. The Board voted on his appointment at its Sept. 20 meeting.

Dr. Flint said he always has felt a strong connection to Reinhardt. While he and his wife, Bea, live in Canton, they own a farm in Waleska. In addition, Mrs. Flint is a former English professor at Reinhardt.

“We’ve had a farm here since 1969 and feel very connected to Waleska and Reinhardt,” Dr. Flint said. “It’s really wonderful to be part of what’s happening now.”

A radiologist by profession, Dr. Flint said he is excited about the new nursing program that is in the works.

“I feel like I know medicine in North Georgia pretty well. I’ve practiced in North Georgia for almost 50 years,” he said. “I hope I can add something to the new pursuit related to nursing and paramedical training.”

The Flints share a strong love for music and enjoy the performances at the Falany Performing Arts Center, and Dr. Flint said he has been impressed with the music programs Reinhardt has to offer on the academic side. Above all, he said, academia is near and dear to him, and he hopes to contribute to the vision planned for Reinhardt’s future.

“My love for so many years has been academia. I am a product of Emory and am so excited to see what’s happening here academically with Dr. Kina Mallard here and the new ideas,” Dr. Flint said.

While he is retired, he remains in practice for contract coverage at Union General Hospital.

Dr. Flint is a founding member of St. Clements Episcopal Church in Canton and has previously been a member of the Rotary Club of Cartersville. His current foundation board involvement includes the Keely Foundation on which he serves as the chairman. Dr. Flint also serves on the Hospital of Authority of Cherokee County.

Dr. and Mrs. Flint live in Canton. They have three adult children: Russell, Doug and Chris.