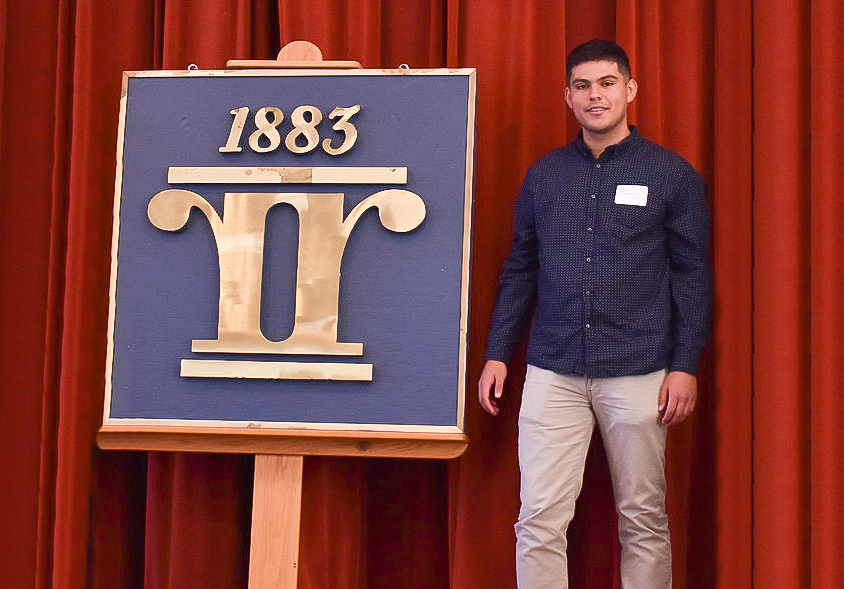 Senior Salvatore Riggi started playing the piano at age 12, inspired by the movie “The Pianist.” “It’s a Holocaust depiction of a pianist who plays a lot of Chopin pieces. It inspired me so much that I wanted to start playing on my own. I eventually started taking lessons because I fell in love with the music from that movie.”

Now, as Riggi begins his final year at Reinhardt as a Piano Performance major, he aspires to be a professional pianist. “The piano brings me immense joy. I am never bored with the music. It is a challenging and rewarding experience to learn these pieces, and as I learn I enjoy it more. Playing for an audience is a surreal experience. I love the excitement it brings to them as the listeners and to me as the performer.” 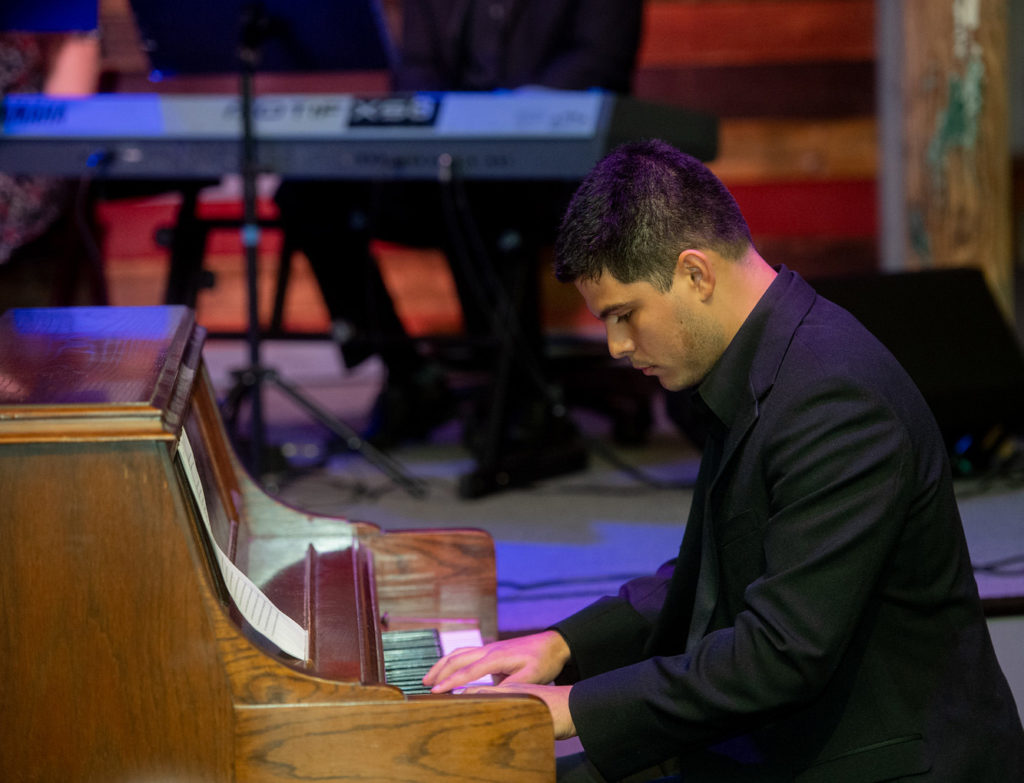 Riggi was recently named Middle College Concert Recitalist at a statewide piano competition by the Georgia Music Teachers Association (GMTA). “It was a great honor,” Riggi says of the accomplishment. “I’ve never won a piano competition before!” As the winner in Middle College division, Riggi is excited and eager to perform at the annual GMTA conference at Piedmont University at the end of the year.

Riggi says he was encouraged by his professor, Alex Wasserman, assistant professor of piano, to enter the competition. “Alex Wasserman has been instrumental in my piano journey here at Reinhardt. I have learned so much from him.”

Uncertain of his focus when he entered Reinhardt, Riggi found a home in piano class. Now, he practices piano two to three hours a day in addition to his coursework -- and playing soccer. Even though his schedule is full, Riggi shares that piano and soccer complement each other. “Doing both helps sustain my mental and physical well-being at a level where I can be effective and successful.”

Riggi says, “Reinhardt has been the perfect experience for me and what I needed. I could not have planned a better undergraduate experience.”  He says he has enjoyed the campus community, the small class sizes, and his relationships with professors. “Most of my professors have made a significant impact on me. Many accepted invitations to my recital – they were there for me! Reinhardt faculty care about their students as individuals, which makes this University special.”

Riggi is already making plans for his future. “I’d like to study abroad, in Germany, and get a master’s degree in performance. I recognize that there are many opportunities in the world, and I’d like to experience different cultures while continuing my education.”