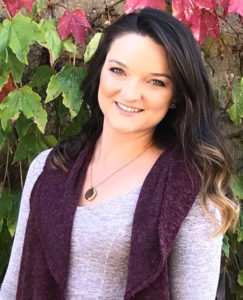 Samantha Sabin Watts ’14 has been busy since earning her Reinhardt University degree – from researching alongside a sexual assault prevention expert and serving as a social service specialist with the Division of Family and Children’s Services (DFCS) to now working as an intern with the Georgia Independent Colleges Association (GICA).

Watts said Reinhardt was extremely influential in her professional career as she created relationships with professors such as Dr. Katrina Smith, psychology program coordinator and assistant professor of Psychology.

“I truly believe that she got me ready for graduate school,” said Watts “I would say that Dr. Smith was most influential in my pursuit of graduate training and I still look to her for advice regularly.”

Watts has recently begun interning for GICA as the Research Grant Evaluation Specialist. As the grant evaluator, she will be overseeing the deployment and data collection for the Campus Climate Surveys to be distributed at each campus, of which Reinhardt is one of the pilot campuses. This research and evaluation is expected to aid in making statewide policy and prevention recommendations.

Watts is also a member of the Violence Against Women Prevention Lab Research Team where she serves as a research assistant for Dr. Kevin Swartout, a sexual assault prevention expert. She has been specifically working on several projects dealing with social perceptions of sexual assault perpetrators.

She recently and successfully defended her master’s thesis titled “The Role of Gender in Violent Video Games,” where she looked at how the gender of opponents in violent video games relates to individual’s reactions to real life violence against women. While Watts has been conducting research, she has also been assistant teaching.

“I think that my time at Reinhardt actually started to steer me in the direction of activism. I cannot overstate how influential Reinhardt has been for me.”

When Watts isn’t researching, working at the DFCS or teaching, she enjoys podcasts, crocheting and spending time with her husband and two cats.