Hone theatrical skills and beat the heat this summer with the Musical Theatre Intensive. These instructional sessions are located in the new University Theater, hosted by Reinhardt University’s School of the Performing Arts.

This is a great opportunity for rising eighth graders through graduating seniors to display their talent and learn from Reinhardt’s experienced theatre and voice faculty. This camp provides the opportunity for vocal coaching, acting and movement, and masterclasses. 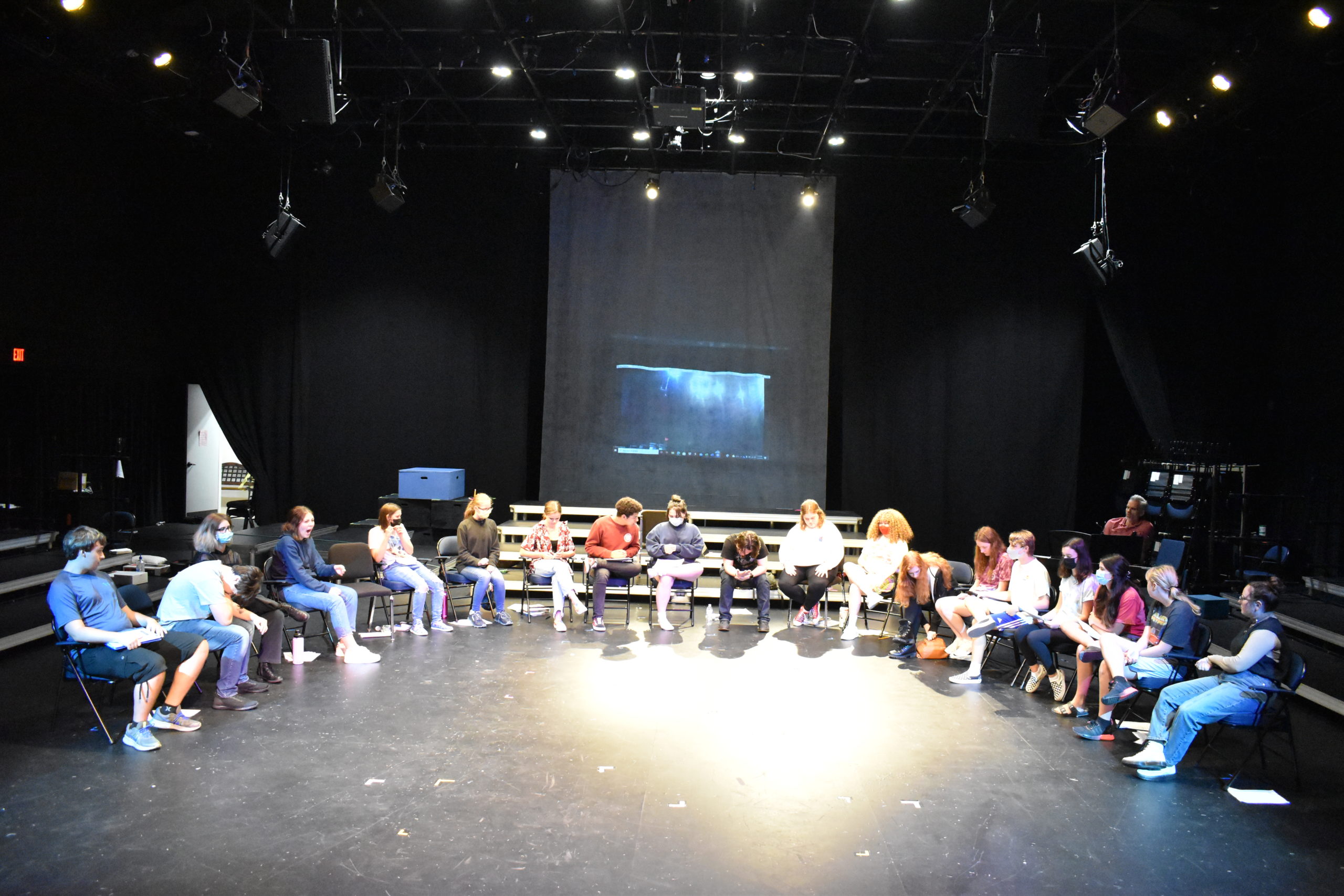 1) Submitted form, mailed to the address or scanned an attached to an email to BSO@Reinhardt.edu

2) Link to recorded YouTube video audition. Our production of will be cast from audition tapes, and scripts will be sent in advance for participants to learn their part. Audition video should be at least two minutes long, a song from a musical that shows personality and vocal range. 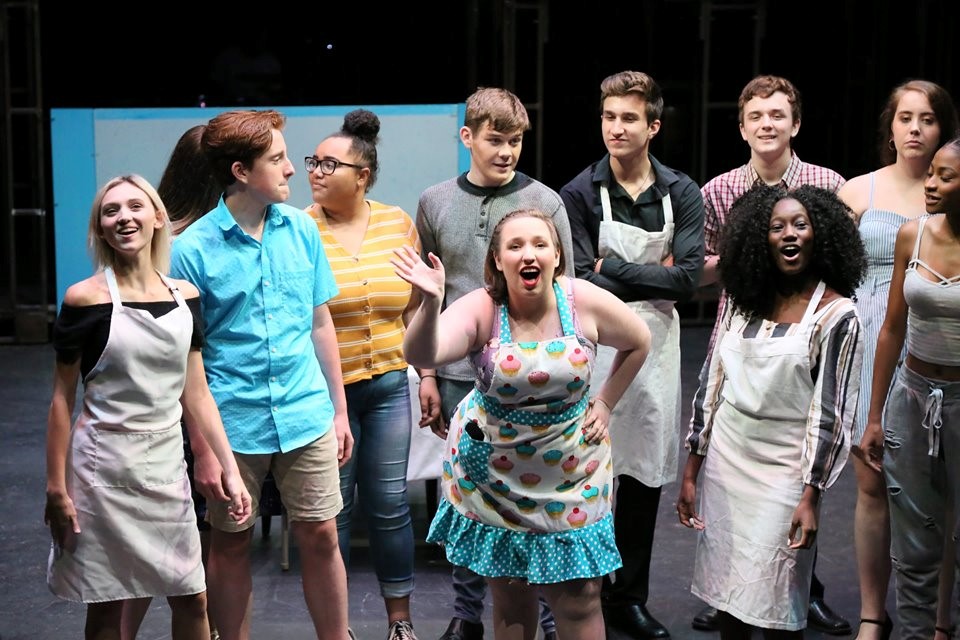 3) Visit this site for instructions on how to upload the audition video:

Brian Osborne, vocal coach, pianist, music director and lecturer, joined the faculty at Reinhardt University in the fall of 2016 where he is assistant professor and musical director of opera and musical theatre.

While at Reinhardt, he has music directed Guys and Dolls, The Mystery of Edwin Drood, The Mikado and Sweeney Todd, Once Upon a Mattress and La Perichole. In the 2017-2018 school year, Brian was the musical director of Reinhardt's productions of Brigadoon, Pippin and the opera ‘Così fan tutte.' He also serves as music director and vocal coach for the opera program at Georgia State University where he opened productions of The Magic Flute, Hansel and Gretel and The Mikado.

For several years, he was on the faculty at Oklahoma City University where he served as vocal coach, rehearsal pianist and music director for a variety of shows including The Tender Land, Too Many Sopranos, The Pajama Game and Little Shop of Horrors.

He has recently music directed various regional productions like Cabaret, Sweeney Todd, Der Rosenkavalier and Albert Herring, to name a few. In addition, Osborne enjoys appearing on-stage and has recently performed “Miles Gloriosus” in A Funny Thing Happened on the Way to the Forum and “Sky Masterson” in Guys and Dolls.

Dr. Reverie Berger, a native of California, moved to metro Atlanta in 2007 and has been an active performer and teacher in the area. Recent regional performances include the title role in Cinderella (La Cenerentola), Hansel in Hansel and Gretel, Cherubino in The Marriage of Figaro, Sister Berthe in The Sound of Music, soloist in Sophisticated Ladies, La Ciesca in Gianni Schicchi, and performer in The Atlanta Opera’s 24-Hour Opera Project. Concert soloist engagements include Handel's Messiah, Bach’s Magnificat, Rutter’s Feel the Spirit, Saint-Saëns’ Christmas Oratorio, Mozart's Requiem, and Rossini's Stabat Mater. She has performed throughout the South and Midwest with companies such as Capitol City Opera, Atlanta Lyric Theatre, Chicago Opera Theater, Illinois Symphony Orchestra, Peach State Opera, and First Coast Opera. Dr. Berger is an Assistant Professor of Music at Reinhardt University and joined the faculty in 2009. She has degrees from The University of Michigan (D.M.A. and B.M.) and The Manhattan School of Music (M.M.). Dr. Berger's students have won awards in state, regional, and national NATS Student Auditions. Dr. Berger also won the Southeast Regional NATS Artist Awards in 2012 and was a national semi-finalist in the competition. She currently lives in Marietta with her husband and two sons.

Morgan McCrary Brooks (B.A. in Theatre, Rhodes College; M.A. in Performing Arts, Savannah College of Art and Design) serves as Reinhardt University Theatre's Technical and Operations Manager and instructor of technical theatre classes. She also teaches acting classes and summer camps at the Grand Theatre in Cartersville, GA; and works as a freelance designer and director in the Atlanta area theatre community. She is a Metropolitan Atlanta Theatre Award nominee (Into the Woods, Act3 Productions, 2017) and winner (scenic design for Foxfire, StageWorks, Inc., 2013). She is pleased to be a part of Reinhardt University and looks forward to the many exciting things to come in the world of performing arts at Reinhardt.

Pedro Carreras (BA, Voice Performance, Georgia Southern University; MM, Voice Performance, Florida State University) joined the Reinhardt faculty in 2017 as an Adjunct Professor of Voice. He has been an active performer and teacher for over ten years. Recent opera credits include Rodolfo in La Boheme, Cavaradossi in Tosca, French Sentry in Silent Night, Nemorino in L'elisir d'amore, and Prince Charming in Knightly News. Mr. Carreras has also performed in several musical theatre revues, including Bernstein, Sondheim, Cole Porter, and Music from the Golden Age. He works regularly with all three Atlanta area opera companies: Capitol City Opera, Peach State Opera, and The Atlanta Opera. Mr. Carreras also performs regularly as a concert artist, appearing as the tenor soloist in Bruckner's Te deum, Atlanta Philharmonic Orchestra's Peace and Harmony concerts, and in Ramírez' Misa Criolla with the Alpharetta Comunity Chorus. He has had several students perform professionally in the Atlanta area with such companies as The Alliance Theatre, OnStage Atlanta, Stone Mountain Park, and the Georgia Aquarium. Students have also won awards at the Georgia NATS and Southeastern Regional NATS competitions.

Jamie McCord holds a B.A. degree in Dance with a ballet concentration from Kennesaw State University. She graduated with honors and received scholarships for outstanding choreography and outstanding artistic achievement. In addition to ten years of dance teaching experience, she is certified in teaching Acrobatic Arts and Pure Barre. Jamie’s choreography has been featured in Atlanta’s Dance Canvas, American College Dance Festival, and numerous college dance shows. Local choreography credits also include High School Musical, Seussical, 9 to 5, and a full-length production of The Nutcracker. Jamie’s professional performance credits include Cassandra in Cats and ensemble roles in Atlanta Lyric Theatre’s The Producers, and Chicago. Recently, Jamie has taken on the role of Community Outreach Director and Assistant Director of DanceFest Productions, an Atlanta-based production company that produces several dance events throughout the year.

Dave Nisbet is the theatre department coordinator at Reinhardt and received his B.A. from Millikin University and his Master of Fine Arts from Illinois State University. Prior to Reinhardt, he taught at Shorter University and Columbia College in Chicago. At Reinhardt, he has directed Almost, Maine, Annie Get Your Gun and The 25th Annual Putnam County Spelling Bee. He had the privilege to be a professional actor/director all over the United States and served as artistic director of the Phoenix Theatre in Chicago. David has been seen in numerous feature films, commercials and corporate films. David and his wife, Jan, have two sons.

Dr. Rebecca Ann Salter is an Associate Professor of Voice at Reinhardt University in Waleska, Georgia, where she serves at the Voice Area Coordinator.  Dr. Salter earned her Doctorate of Musical Arts in vocal performance at the University of Oklahoma, where she studied with Salvatore Champagne. Prior to that, she studied with Larry Wade Keller at Oklahoma City University, where she earned her Master of Music and Bachelor of Music degrees in vocal performance. Former students have performed on television and film, on Broadway, in national and international Broadway tours, and with various regional theatres. Many of Dr. Salter’s students have been winners and finalists at GANATS, SERNATS, and National NATS auditions. As a performer, Dr. Salter has received numerous awards, including the Benton-Schmidt Scholarship and Metropolitan Opera National Council District First Alternate (the year that Kelli O’Hara won), and was a Finalist in the 2010 TEXOMA-NATS Artist Awards Competition. Dr. Salter is a 2016 participant in the Naked Voice Institute at Northwestern University with W. Stephen Smith, and is certified from The Institute for Contemporary Commercial Music in Vocal Pedagogy (The LoVetri Method - Level I). She is a member of the National Association of Teachers of Singing (current Vice President of the Georgia Chapter, and former Registrar for the Southeastern Region) and Pi Kappa Lambda. She resides in the Lake Arrowhead community with her husband, Joseph.