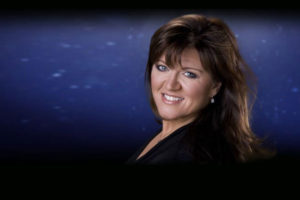 Come join Michelle Berting Brett as she pays tribute to The Carpenters in “We’ve Only Just Begun: Carpenters Remembered” in Flint Hall at Falany Performing Arts Center Jan. 9 and Jan. 11.

Best known for their hits, “Close to You,” “Yesterday Once More,” “Rainy Days & Mondays” and, of course, “We’ve Only Just Begun,” The Carpenters were an American instrumental and vocal duo of Karen and Richard Carpenter. They enjoyed a 14-year career, recorded 10 albums and had numerous hit singles and television specials.

“We’ve Only Just Begun: Carpenters Remembered” is the definitive concert show celebrating the music of one of the most successful recording acts of all time. Starring Brett, who is accompanied by a live, four-piece Nashville band, the show re-creates the Carpenters’ original sound.

“The audience will be excited about hearing songs they’ve enjoyed and know the words to, music they sing along with and even dance to,” said Jessica Akers, director of Falany Performing Arts Center. “It will be a nostalgic and incredible evening.”

From Washington State to New York City to sold-out engagements in Las Vegas and Downey, California, the Carpenters’ hometown, “We’ve Only Just Begun: Carpenters Remembered” has been met with enthusiasm from Carpenters’ fans and reviewers alike.