The Cherokee County Chamber of Commerce Top 10 in 10 Young Professionals to Watch designates 10 Cherokee County residents under the age of 40 who are considered to be up and coming leaders within the community in the next 10 years. The program is in partnership with “Enjoy! Cherokee Magazine.”

“We were extremely pleased with the number and caliber of candidates for this year’s recognition. As we have grown accustom to since this program’s inception in 2012, far more than 10 nominations were received and likewise, there were far more applications than honoree slots. Each application was carefully reviewed by a panel of judges that found the task of only choosing ten honorees challenging,” shared Chamber Board Chair David Simmons, vice president for facilities with Chattahoochee Technical College. 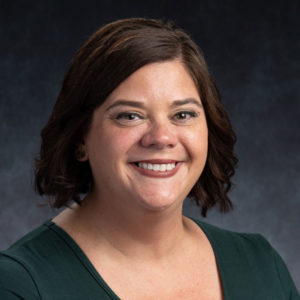 Smith felt excited when she found out she was named one of Cherokee County’s Top 10 in 10.

“Many members of our community who I look up to have previously won this award, and it is an honor to be included,” said Smith.

Smith works as a victim witness advocate for the Cherokee County Solicitor General’s Office and has worked with the Georgia court system since 2014, starting as a probation officer. In her role she assists victims of domestic abuse to make sure they know their constitutional rights, and through emotional support and guidance in their court schedules.

With her current position, Smith hopes to establish an outreach program to offer education, skills development and clothing to domestic abuse victims, all of which would help establish their futures.

Smith feels her time at Reinhardt set her up for success, not just through this award, but for her life in general.

“In particular, Dr. Pam Wilson, who was my advisor, has had an immeasurable impact on my life and career,” Smith said. “Her caring nature and desire to help her students was a great example and it is that attitude that I try to use every day when dealing with victims of crime.”

During her time outside work, Smith and her family donate to the Hasty Elementary Food Pantry, where she also volunteers in a variety of capacities. 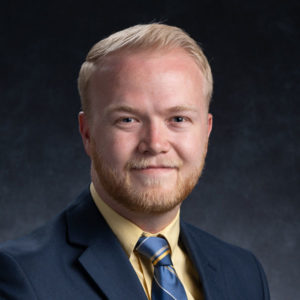 Williams is an account manager at Professional Benefits Consultants and provides service and guidance to clients and staff members. He creates the company’s marketing and enrollment materials. He felt surprised, excited and honored to be named a Cherokee County Top 10 in 10.

“Having seen the caliber of previous 10 in 10 recipients, I was certainly surprised by the nomination, let alone being named a recipient,” said Williams. “I’m so grateful to my hometown community of Cherokee County and the Chamber of Commerce for the all the support they’ve given me.”

In his free time, Williams serves as a sound technician at Sovereign Grace Church and is a member of Reinhardt’s Alumni Board of Governors. As a student at Reinhardt Williams took on the role of student body president and won a number of leadership awards.

Williams plans to one day own his own business and is interested in running for public office, with his goal to become a servant leader where he lives and works.