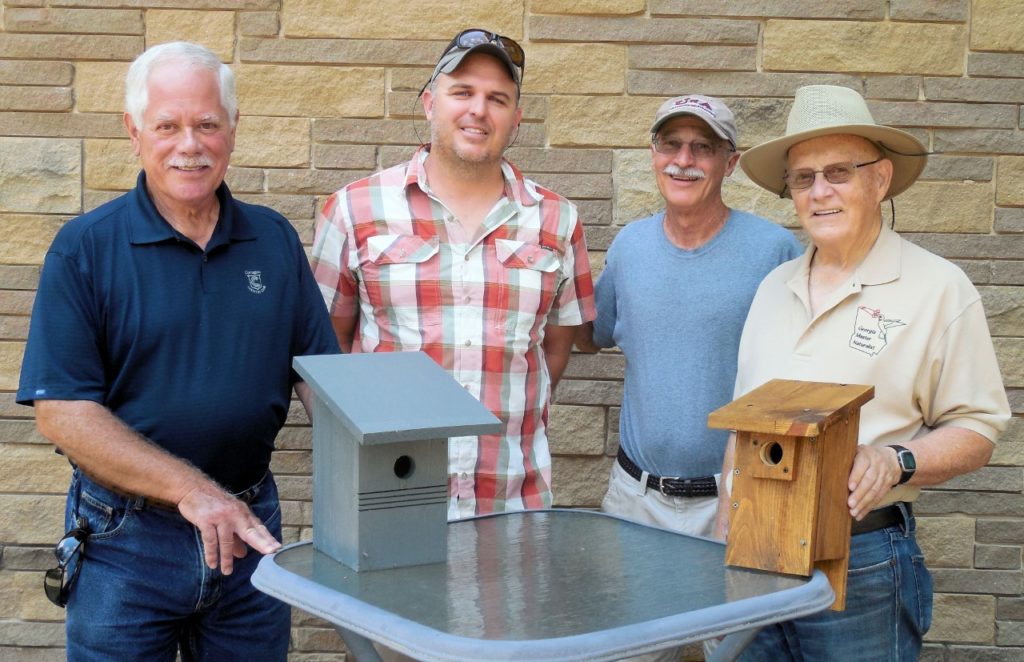 Some good news about the effects of COVID-19!

During the dark days of COVID isolation last year, two Master Gardeners, Ron Fister and Russell Brannon built bluebird houses in their home workshops. As a result of their work, eight bluebird houses were placed on the Reinhardt campus this spring. The placement was a cooperative effort involving many of the Reinhardt University community including Dr. Zach Felix, Dr. Austin Flint, Mr. Jeff Dale and Mr. Joe Skibo. It also involved Josh Fuder, UGA Agricultural and Natural Resources Extension Agent for Cherokee County, and Mike Lloyd, another Master Gardener, acting as a liaison between everyone involved in the project.

The birdhouses were built to specifications provided by the Cornell Lab of Ornithology, a well-known authority on birds, including bluebirds. And, the houses were placed on campus in locations and facing in directions that are favorable to attracting bluebird pairs to nest in them.

Although any nesting birds are welcome, the purpose of this project was to attract bluebirds (Sialia sialis) to our open spaces and to help their population increase in our county. Bluebirds are not on the endangered list, so, why build houses for them? The answer is mostly just because they are great to have around! 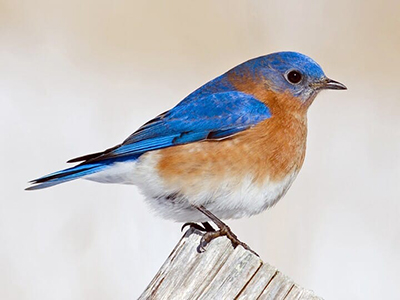 Bluebirds are known as the harbinger of happiness. It is also connoted with good health and hope. Seeing the male's bright blue feathers and hearing their sweet song just seems to raise the spirit, no matter where you are on the happiness scale. And, bluebirds are natural insect eaters. This is bad news if you’re a mosquito and good news if you’re mosquito bait. They also eat crickets, grasshoppers, caterpillars, beetles, spiders, earthworms and snails. So, they are good to have around our gardens.

There are several species of bluebirds in the US: Eastern, Mountain, and Western Bluebirds. We are blessed with the Eastern bluebird in Georgia and it is a year-round resident. Bluebirds occur most often in open areas with scattered trees. It breeds in many kinds of semi-open habitats, including farming areas, and can be attracted to our residential yards if there is a fairly large open area, for example, a sunny lawn, and where they are good nest sites (this is where birdhouses come in).

In the past, bluebird numbers declined seriously in many areas with loss of habitat and loss of nesting sites. However, their numbers have been increasing again during recent decades, undoubtedly helped by birdhouses in many areas. Today, a high percentage of Eastern Bluebirds in North America nest in birdhouses, especially for them along “bluebird trails.” Reinhardt’s campus makes the third such trail established in Cherokee County. The other two are in Heritage and Etowah River Parks in Canton. All have been created by the UGA Master Gardeners and Master Naturalists.

So, welcome the new residents on the Reinhardt campus with a smile.