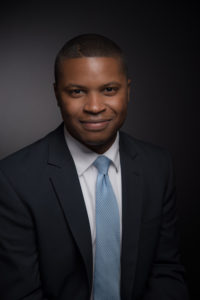 Matthew Thomas, director of economic development for the city of Canton, will speak Oct. 18 at Reinhardt University’s Community Gathering.

Matthew Thomas is the youngest Economic Development Director in city of Canton history, and his fresh vision and insight have Canton on a strong path to economic success.

Thomas, 27, will be the featured speaker at the Oct. 18 Community Gathering. The event will be held at 1 p.m. in the Hill Freeman Library and Spruill Learning Center Community Room.

“Dr. (Mark) Roberts reached out to me. He and I have developed a good relationship since he came on board,” Thomas said. “I was at a downtown conference in Columbus, and I saw the email come through. I was already excited because, in my experience, when Dr. Roberts emails, it’s going to be something good on the other end.”

Thomas said he plans to share from both the standpoint of what’s happening and the momentum in Canton.

“I’ll be focusing on the city as a whole. Obviously downtown would be a key piece of that presentation because downtown is our historical, culture and social center in the city,” he said. “There is a lot going on in Canton but many people don’t know about it. The more we put information out in the forefront, the better it is for the city and quality of life for residents and people who live close by.”

Canton is a mere 10 minutes from Reinhardt University’s campus, making it a go-to spot for shopping, dining and cultural activity for students.

“I think historically and even now we feed off of each other. Reinhardt has a significant presence in Cherokee County. To have the University close by to Canton is great for the city.”

Thomas joined the city of Canton in 2013 at the age of 23 to serve in the economic development manager role. The Dalton native earned his bachelor’s degree in economics from the University of West Georgia. While in college and following graduation, he interned at the Chattanooga Chamber of Commerce, the Dalton-Whitefield Joint Development Authority and the Metro Atlanta Chamber.

Thomas is a 2014 graduate of Leadership Cherokee and was named to Cherokee County’s Top 10 in 10 Young Professionals to Watch given by the Cherokee County Chamber of Commerce and Enjoy! Cherokee magazine.

In addition to his full-time job, he is the immediate past president of the Rotary Club of Canton, where he was the youngest and the first African-American president to service in the Club’s 80-year history. He serves as the Chair of the Cherokee County Chamber of Commerce’s Teen Leadership Program and on the advisory committee of the Falany Performing Arts Center at Reinhardt. He is an avid pianist and music producer, and he is working on his first solo jazz album. He attends Community Fellowship Church in Dalton where he serves as Minister of Music.