From his days as Stephen Spielberg’s assistant to work on films including “Jurassic Park” and “Indiana Jones and the Last Crusade,” writer, director and producer Michael Lucker will share his expertise at a screenwriting seminar at Reinhardt University. 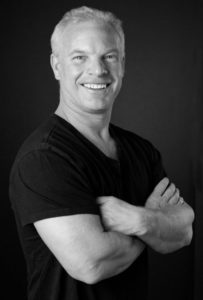 Reinhardt University’s BFA in Creative Writing program is offering a unique opportunity for those interested in screenwriting, as Lucker will present the two-day seminar March 30-31 in Room 104 in Lawson Academic Building. Seating is limited with only 40 spots available.

Lucker offers 20 years of experience in film, television, animation and digital media, with nine of his scripts having been made into movies.

His film credits also include  “Back to the Future II and III,” “Arachnophobia,” “Terminal Velocity,” “Crimson Tide,” “Joe vs. the Volcano,” “Mulan,” “101 Dalmatians,” “Lilo & Stitch” and “The Emperor’s New Groove.”

Lucker will teach those in attendance everything they need to know about writing a Hollywood script, such as the process of writing the script, how to develop storyline and plot, and even the business aspect of writing.

“We’re building the reputation that Reinhardt University is the place to come to learn about writing,” said Bill Walsh, director of the MFA in Creative Writing program.

To sign up for the seminar, visit http://www.screenwriterschool.com/register/ and find the class offered at Reinhardt University. The cost is $249 per person.

If you’re interested in reading more about his writing techniques, Lucker published “Crash! Boom! Bang! How to Write Action Movies,” which can be found at http://www.screenwriterschool.com/book.