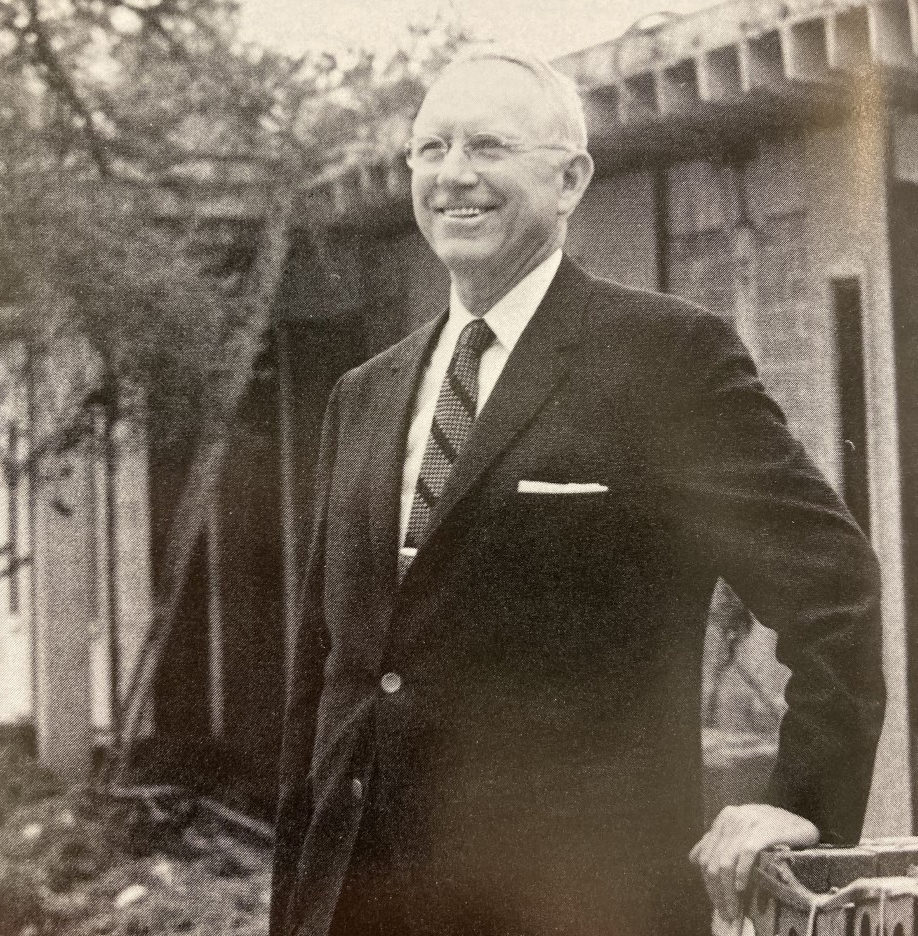 James Rowland Burgess was Reinhardt’s fifteenth president. His name is familiar to many in the Reinhardt community from the Burgess Administration Building, but how many know the story of the man behind the name?

When Burgess, his wife Martha, and their children moved into Reinhardt's President's House (the present-day Admissions House) in 1944, the school was in a state of disrepair. World War II was still raging overseas. Most young men were enlisted in the military, and young women were working trying to support families while other family members served in the war. Just sixteen students remained enrolled in Reinhardt College, while the grammar school and high school had just under fifty students. Buildings were in dire need of repair, and privet and honeysuckle threatened to overtake the campus. Undaunted by the challenges that lay ahead, Burgess went to work.

During his nearly 30 years as Reinhardt's president, Burgess completely revitalized the school. From the look of the campus to student enrollment and so much more, Burgess, and his wife, Martha, who taught on campus for 25 years, left their mark on Reinhardt.

Early in his presidency, Burgess held a Soil Conservation Field Day, an event that was just as much for publicity as it was a workday. On May 18, 1949, thousands of people visited the campus to make improvements. In one day, they constructed an athletic field, constructed four buildings, cleared 50 acres of land, erected five miles of fencing, spread 200 tons of limestone and 40 tons of fertilizer, planted two tons of corn and grass seed, and dug a one-acre fish pond. The highlight of the day was a visit by Harry S. Truman’s vice president, Alben W. Barkley. 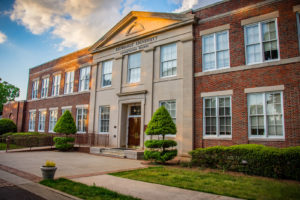 Burgess planted trees and shrubs all over campus to improve its beauty. Each plant was meticulously recorded and mapped. In all, Burgess planted more than 500 trees and 800 shrubs. This is now known as the Burgess Arboretum. In 2009, Reinhardt partnered with the Cherokee County Cooperative Extension Office and Cherokee County Master Gardeners to restore the arboretum. Restoration efforts included entering Burgess’s original records into a database, surveying new trees and shrubs and original specimens based on the map and cataloging systems used by Burgess, and posting new identification signs on original trees.

By the mid-1950s, Reinhardt moved from teaching all grade levels to teaching only college-level courses. The grammar school was taken over by the county and moved to a new building nearby, now known as R.M. Moore Elementary School. Then, in 1956, Burgess oversaw the closing of Reinhardt Academy.

Burgess led Reinhardt through integration beginning with his invitation to neighboring student James T. “Jay” Jordan to start school at Reinhardt in the fall of 1966 as Reinhardt’s first African American student. Read about Jordan’s experience in the Spring 2016 Reinhardt Magazine.  Jordan’s success at Reinhardt paved the way for peaceful integration on campus.

Burgess was hands-on in all that he did, taking on roles not often filled by a college president. He learned to be a handyman, plumber, farmer, and even a recruiter, spending hours driving through North Georgia looking for potential students.  He ordered blocks of ice to keep food in the cafeteria cold when there was no refrigeration. He opened clogged sewer lines. He regularly read the Guernsey Breeders Journal to help improve the school’s cattle herd. He ran the school on a tight budget, and slowly, over time, his hard work paid off. Student enrollment increased, and the campus became a beautiful, inspiring place to live and learn.

Burgess became a lifelong advocate for the school. Following his retirement in 1973, he continued to fundraise and promote Reinhardt. He passed away on Valentine’s Day in 1987, just three days before his eightieth birthday. He spent the day before his death at Reinhardt, walking around campus and admiring the new plants in the arboretum. Burgess was a true friend to Reinhardt, and his legacy will continue to live on.