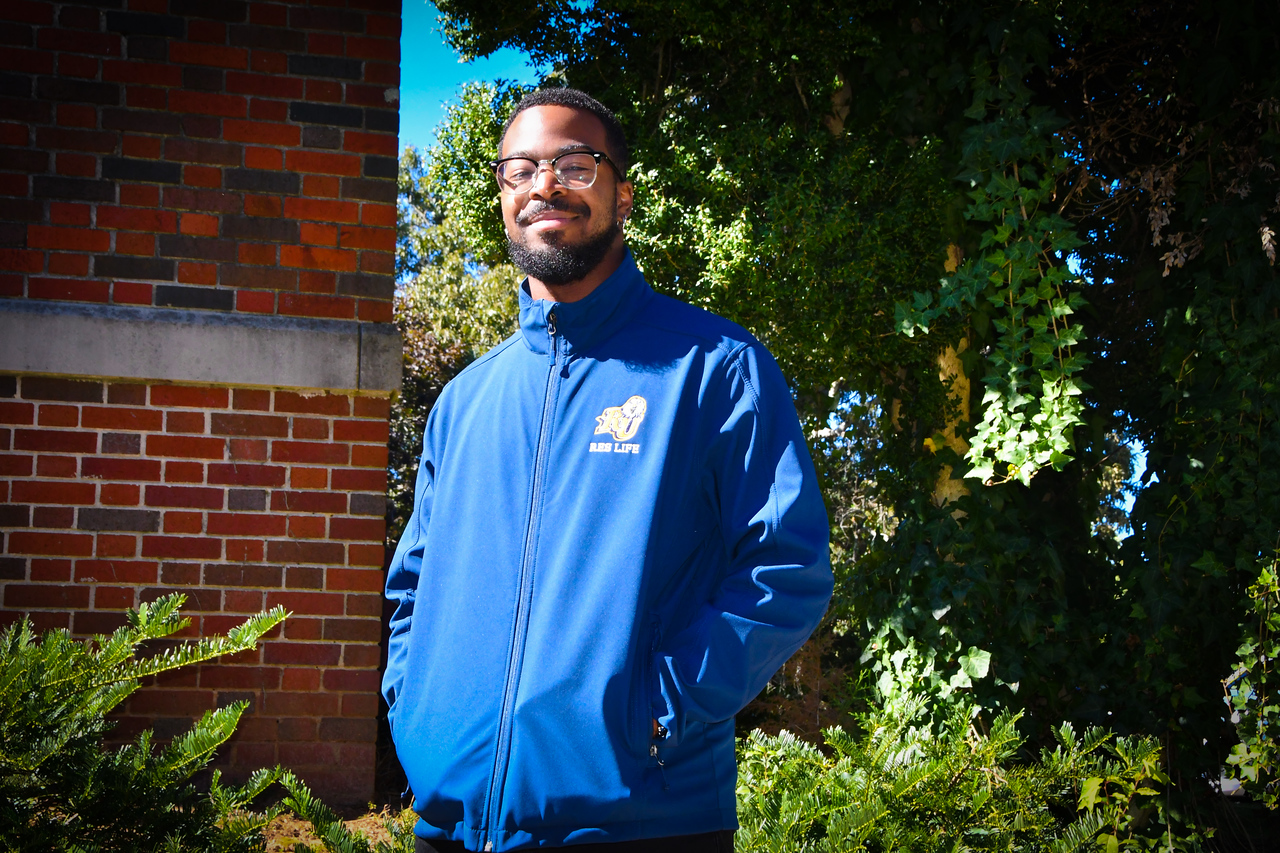 Junior Makalani (Mack) Jefferson dreams of teaching music. “I want to teach high school – band, marching band, and jazz band,” says Jefferson. “I want to dive in all the way.”

Jefferson began music in middle school, first playing the saxophone and then moving to percussion. “I wanted more of a challenge, and for me, that challenge was percussion.” When he moved to high school, Jefferson took a year-long break, rejoining the band in his sophomore year. “I felt like I was missing out during my freshman year. Once I rejoined the band, I just kept going up from there. In marching band, I made snare drum that year.”

When it came time to go to college, Jefferson decided to follow a music path. Starting college at Kennesaw State University (KSU), Jefferson didn’t find what he was looking for in the music program. “It felt like we were all pieces of a puzzle, but we didn’t fit into the same puzzle.”

While interning with the band at Sequoyah High School in Canton, Georgia, Jefferson met Dennis Naughton, Reinhardt’s director of pep and marching bands, who also happened to be Sequoyah High School’s head percussion director. “He invited me to visit Reinhardt. First, I fell in love with the campus, and then I fell in love with the ensemble.” Jefferson decided to transfer from KSU to Reinhardt.

Jefferson describes Reinhardt’s percussion ensemble as feeling like family. “I know everybody personally in the ensemble. We’re all great friends, and we play really well together. It’s that family aspect that draws me in and keeps me here.”

In addition to playing at ensemble performances, Jefferson says he has had some unique opportunities and experiences while at Reinhardt. “I got to play a drum set in the musical last semester, which was a really fun experience. I also got to play the timpani for the North Georgia Orchestra,” an experience that Jefferson feels is his greatest accomplishment. Jefferson has also been involved in Reinhardt’s residence life saying that “it has opened up so many more doors for me and allowed me to meet more people.”