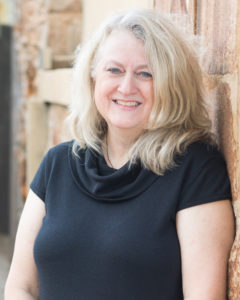 “Follow the paths—they all lead to Coke.” This sentence from one of Maria Klouda’s most recent works of non-fiction summarizes her thoughts while working one day.

In her creative nonfiction, “Six Degrees of Coca-Cola,” Klouda explores the many ways that the Coca-Cola company has been intricately entwined into her everyday life. Upon reflection, she traces several aspects of her life to the internationally recognized soft drink brand.

The Southern Fugitives published her work on the Atlanta company online in Issue 30 on Aug. 8, 2018. Klouda is now in the running to become published in the “Pushcart Prize: The Best of Small Presses,” published by Pushcart Press. “The Pushcart Prize” has published thousands of American writers since 1976.

Klouda, who is the program assistant to the Etowah Valley MFA in Creative Writing and who earned the degree in 2018, was completely surprised when she found out her piece was nominated for the nationally recognized “Pushcart Prize” publication.

“I was honored and humbled to receive a nomination,” said Klouda.

For many years, Klouda has written at a professional capacity, and has been submitting her work since 2016. Her main focus in the program was creative nonfiction, but she has also written poetry and fiction. During her studies in Reinhardt’s MFA program, Klouda was a James Dickey Review Scholarship recipient and was awarded the Leadership Award at the 2018 Commencement.