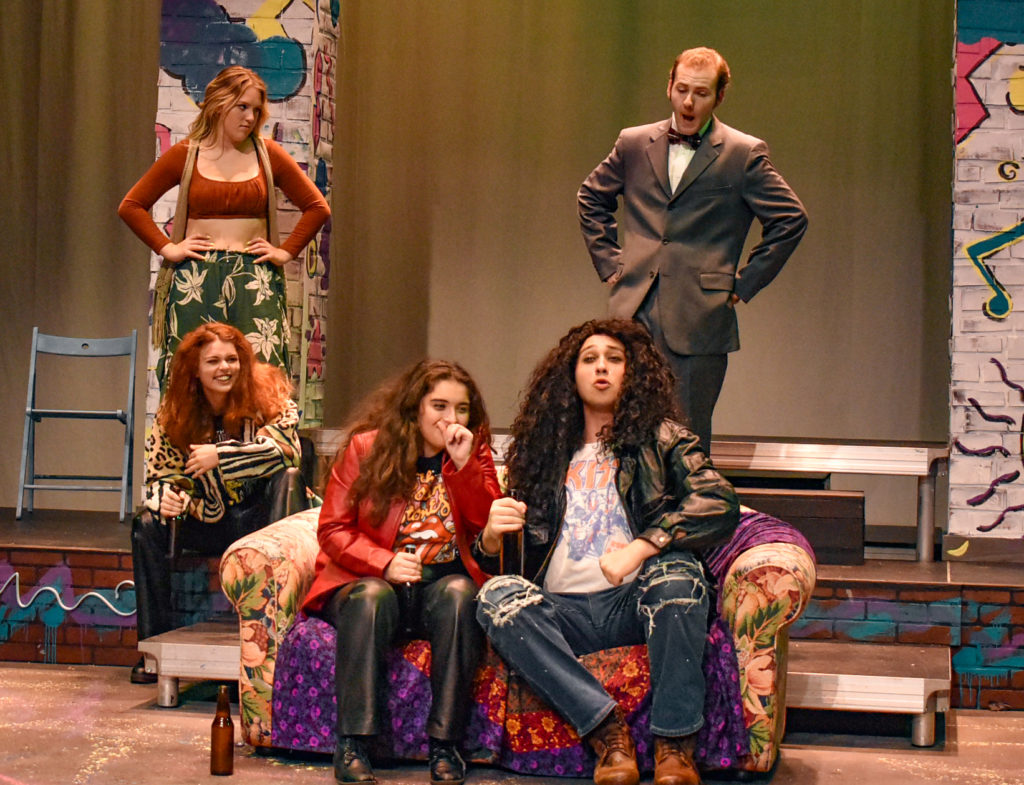 The Reinhardt Theatre Department opens William Shakespeare’s “Twelfth Night” on Nov. 11 in the University Theater. Although many may be familiar with this well-known Shakespearean play, this rendition of “Twelfth Night” presents the story in a new way.

“Twelfth Night,” a Shakespearean comedy, revolves around twins Viola and Sebastian, who have been separated, and each thinks the other is dead. Disguising herself as a boy, Viola goes to work for Orsino and ends up falling in love with him. However, Orsino is in love with Olivia and sends Viola, still disguised as a boy, to woo Olivia on his behalf. Then Olivia falls in love with Viola’s male persona. When Viola’s twin brother shows up, he is mistaken for the disguised Viola, and the whole love triangle unravels.

To add a twist on the story, the Reinhardt production of “Twelfth Night” is set in 1990s Los Angeles, but according to Austin Harleson, adjunct professor of theatre and director of the production, “we preserved the original Early Modern text. This was an exciting challenge for our actors and allowed many unique characterization, blocking, and textual choices to emerge in our rehearsal process.”

Freshman Nate Grisham, who plays Orsino, says he believes that setting a Shakespeare piece in modern times helps to tell the story in a way the audience can relate to and helps them understand the original Early Modern text.

Breaking Down the Language Barrier

Working with the Early Modern text of Shakespeare’s time presented some challenges for the cast. “A great number of our students have never performed Shakespeare before,” says Harleson but adds that this presented the students with opportunities for growth. “I love seeing the 1600s text ‘click’ with the students after working on a line or soliloquy with them and how they integrate their contemporary acting sensibilities with the Early Modern language to create compelling moments, relationships, and characters.”

“This is my first ever Shakespeare show!” exclaims junior Lauren Garcia, who plays the part of Viola. “At first, I thought the language would be an obstacle to get around, but through this process, I’ve learned how expressive you can be while staying true to the parameters of the text.” Grisham adds, “It’s been really fun to dive into Early Modern English, but it’s been difficult learning to speak in verse.”

The good news is you don’t have to be fluent in Shakespearean English to enjoy the play. “Even if someone has a hard time understanding the language of Shakespeare, the cast and director made it a priority to make it understandable for anyone,” says junior Nicholas De Martini who plays the part of Sebastian.

“I firmly believe that using Early Modern staging conditions helps the audience engage with the plays of Shakespeare and make sense of them when there’s often a disconnect for many people who have seen Shakespeare performed in the same style with which a modern play might be approached,” says Harleson. “It should feel more exciting, fast-paced, musical, and interactive than what folks may expect from a play that was written in the very early 1600s.”

Come ready to laugh– a lot. “Twelfth Night” is a comedy after all. Garcia describes the show as an “absolute chaotic romp.” Harleson adds that the show has a lot of “witty humor, dark humor, situational humor, and, to some extent, body humor.”

“Twelfth Night” is also a musical, so, of course, there will be live music. Since the production is set in the 1990s, expect to hear some familiar 90s-era pop music covers.

Tickets are $12.50 per person. Buy your tickets online at www.reinhardt.edu/falany or by contacting the Box Office at boxoffice@reinhardt.edu or 770-720-9167.