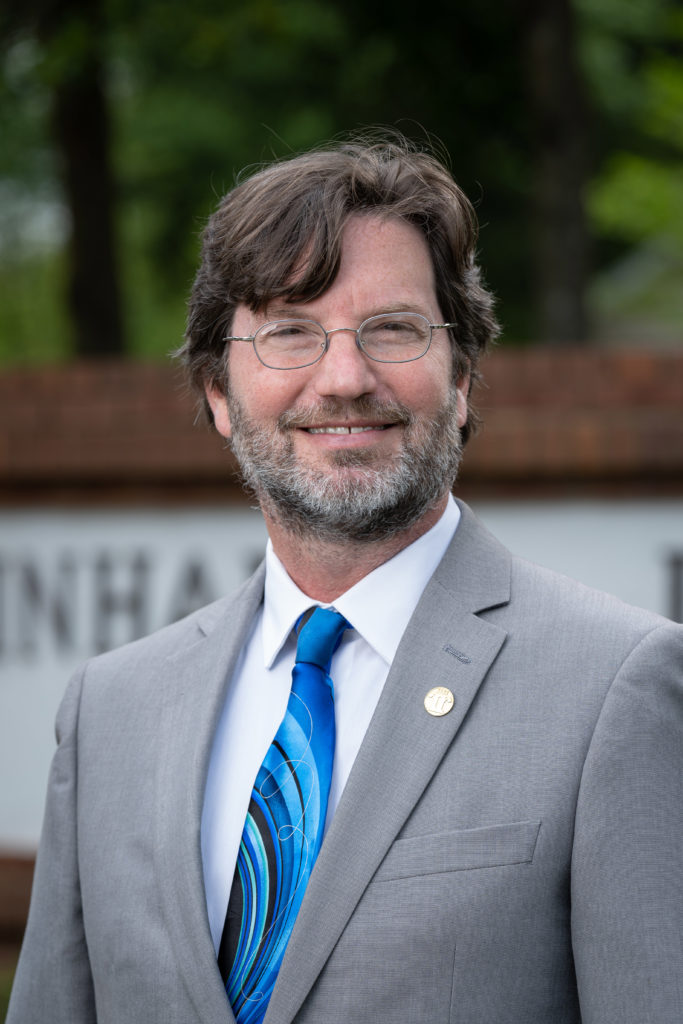 The new President of Reinhardt University shared his vision for the school with the Rotary Club of Canton on August 3. Having risen quickly through the Reinhardt administration, Dr. Mark Roberts brings 25 years of prior higher education experience to the role of leading Reinhardt out of the pandemic and into the future.

Dr. Roberts explained that his plans include the establishment of the Tilley Stronger Together Endowed Scholarship to support the students of North Georgia. This scholarship is named after Dorothy Rogers Tilley, an early 20th century Reinhardt graduate who was a prominent leader in the cause to stop lynchings in the South. Through this initiative, Dr. Roberts said, he is committed to bringing together students from North Georgia and Metro Atlanta to make Reinhardt "that inclusive place."

Dr. Roberts' mission is to "educate the whole person" through "holistic education." On the topic of creating educational opportunities for the disadvantaged, he cited the case of Maria Flores, who came to the United States from Mexico with her parents as a child. As a so-called "Dreamer" who was barred from public higher education under Georgia law, Reinhardt recruited her to the private university through the Goizueta Scholarship for her undergraduate education. She has returned to the school after becoming a naturalized American citizen to pursue her Masters in Business Administration.

Among other initiatives promoted during his Canton Rotary presentation was the new Masters of Science in Nursing to meet the burgeoning demands of the Cherokee County healthcare community; a minor in computer science; and an ROTC program.

Dr. Roberts also touted Reinhardt's music program which produced 2019 Miss Georgia and Miss America Runner-Up Victoria Hill, who is currently studying at the Eastman School of Music in Rochester, NY, one of the preeminent music conservatories. Indeed, he mentioned that Reinhardt had just hired a music professor who was educated at Eastman. Dr. Roberts' vision includes connecting Reinhardt's music program with the rapidly growing film industry in Atlanta.

The Rotary Club of Canton is grateful to Dr. Mark Roberts for sharing his leadership plans and looks forward to working with Reinhardt University in the future!

To learn more about the Rotary Club of Canton visit http://www.therotaryclubofcantonga.org/ or follow them on Facebook at https://www.facebook.com/rotarycantonga

Give Now
Posted in Community, Feature 3