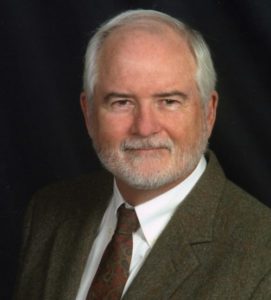 A pioneer of the geographical information revolution, Dr. Jerome “Jerry” Dobson ’65 became the 55th recipient of the Cullum Geographical Medal from The American Geographical Society this week.

The Cullum Geographical Medal was the first medal awarded by The American Geographical Society, established in 1896. The prestigious medal – founded through Major General George W. Cullum, commanding officer of the United States Military Academy – is awarded to “those who distinguish themselves by geographical discoveries, or in the advancement of geographical science.”

As a writer and speaker in geography and geographical information science, Dobson is considered an innovator in his field and has distinguished himself in many capacities. He holds two lifetime achievement awards from professional societies and served as a research and development staff member at Oak Ridge National Laboratory and later as a senior scientist at the U.S. Department of State in the Office of the Geographer and Global Issues. His published works include more than 200 professional articles, editorials and reports.

“How can I say thank you enough to express my true feelings; how can I assess what this piece of gold means to me or I to it?” said Dobson upon receiving the award during the virtual award ceremony. “The gift of Cullum is gratitude and humility. Humility may sound odd for such a high praise, but that’s what medals do: they cause recipients and others to think deeply about great people and the deeds they do.”

Since graduating from Reinhardt in 1965, Dobson was named a Distinguished Alumnus in 2013. He joined the Board of Trustees in 2016 and still considers Reinhardt to be the best educational experience he ever had.

"Dr. Jerry Dobson, valued Trustee and Reinhardt alumnus, is quite simply a treasure,” said Dr. Mark Roberts, interim president. “His forays and boundary-crossings – both intellectually and geographically – illustrate what we hope for all Reinhardt graduates: that a spirit of intellectual curiosity will drive them to solve real-world problems and articulate for us both the hopes and cautions associated with human endeavors. We, the Reinhardt University learning community, are so proud to call Dr. Dobson one of our own. He truly is a remarkable intellect whose accomplishments are reflected in earning the oldest and most prestigious award offered by the American Geographical Society, the Cullum Medal."

Dobson describes his field saying that “geography is to space what history is to time,” and desires for geography to be reignited in education and acknowledged in discipline, even at Reinhardt.

“My fondest dream is for Reinhardt University to become a beacon of geographic education to the world.”