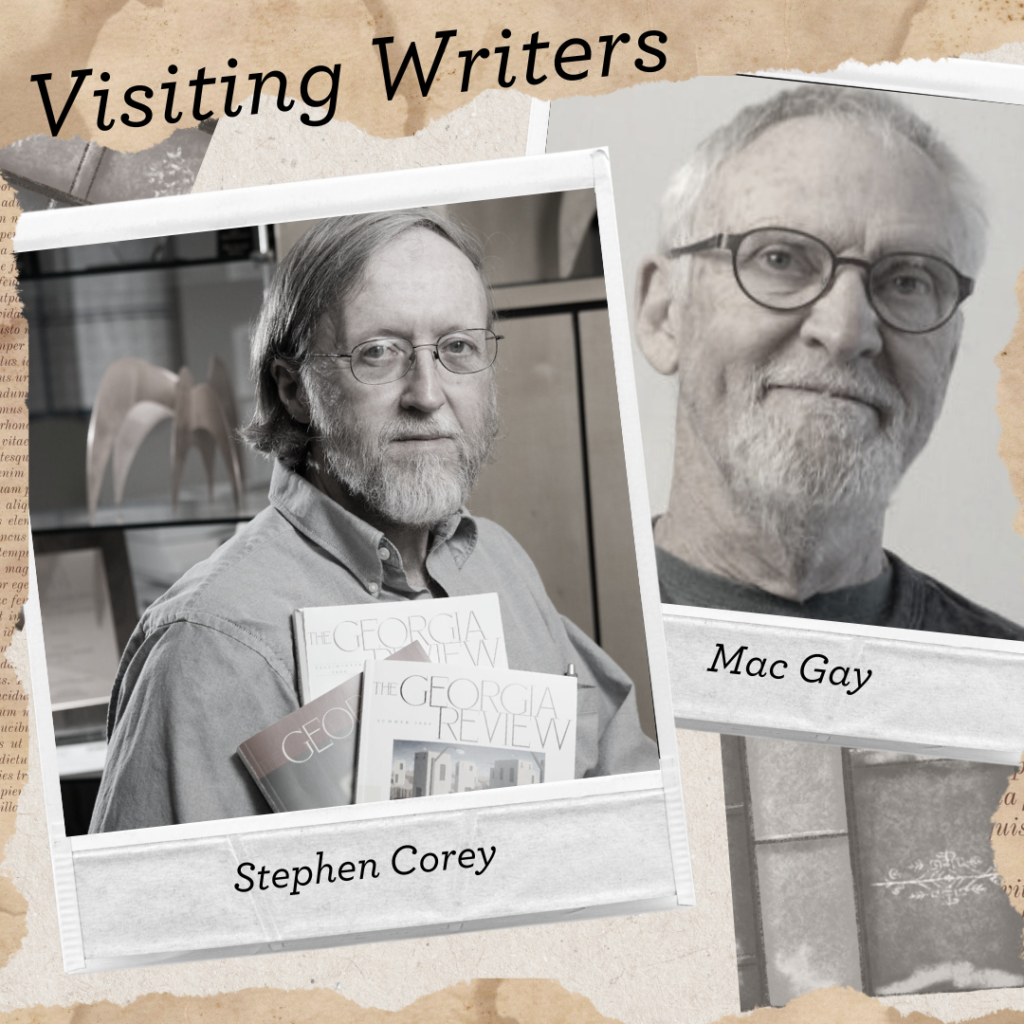 Reinhardt University welcomes Georgia writers Mac Gay and Stephen Corey to campus on Oct. 13. During their visit, they will meet with Reinhardt students and read selections of their work, “The Least” and “As My Age Then Was, So I Understood Them,” respectively, at 7:00 p.m. in the Community Room of the Hill Freeman Library.

“The health of poetry in the United States is flourishing, as evidenced by hundreds of star-studded poets,” says Bill Walsh, assistant professor of English and director of the creative writing programs. “Among them are Mac Gay and Stephen Corey.” Walsh notes both poets have a long history of success, and with recently published books, “they yet again lay claim to the power of the spoken word.”

Gay’s poetry has appeared in “Atlanta Review,” “Crosswinds,” “Cutbank,” and “The American Journal of Poetry.” “The Least” is Gay’s third full length collection of poetry. He has also published four chapbooks. He teaches English at Perimeter College of Georgia State University.

Corey’s book, “As My Age Then Was, So I Understood Them,” is a collection of his new and selected poems from 1981 to 2020. Corey, a native of New York, has lived and worked in Athens, Georgia since 1983. He joined the staff of the “Georgia Review,” the literary and cultural journal of the University of Georgia (UGA), as assistant editor and worked his way up to editor in 2008, a position he held until his retirement in 2019. Corey has published ten collections of poems, and his poems, essays, and reviews have appeared in a variety of publications. In 2002, Corey was added to the New Georgia Encyclopedia (NGE), an all-digital, open-access resource for information about Georgia.

This program is free and open to the public.